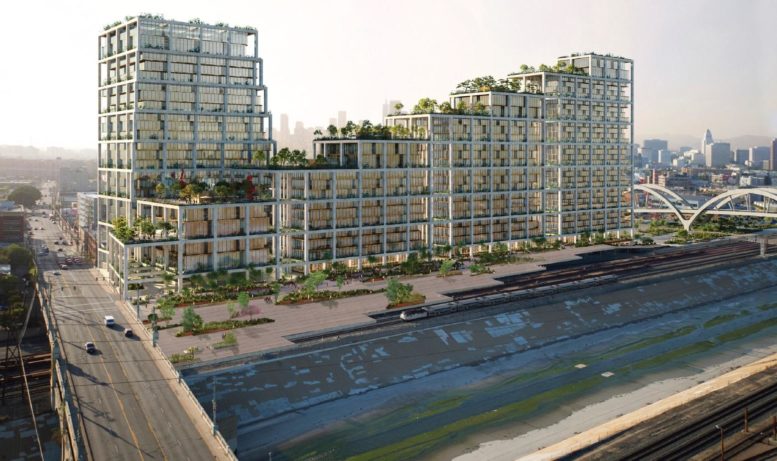 Roughly since six years of the project being announced, new options are being considered for a mixed-use high-rise complex proposed at 670 Mesquit in the historic Arts District of Los Angeles.

Vella Group is the project developer. Bjarke Ingels and Gruen Associates are responsible for the designs. 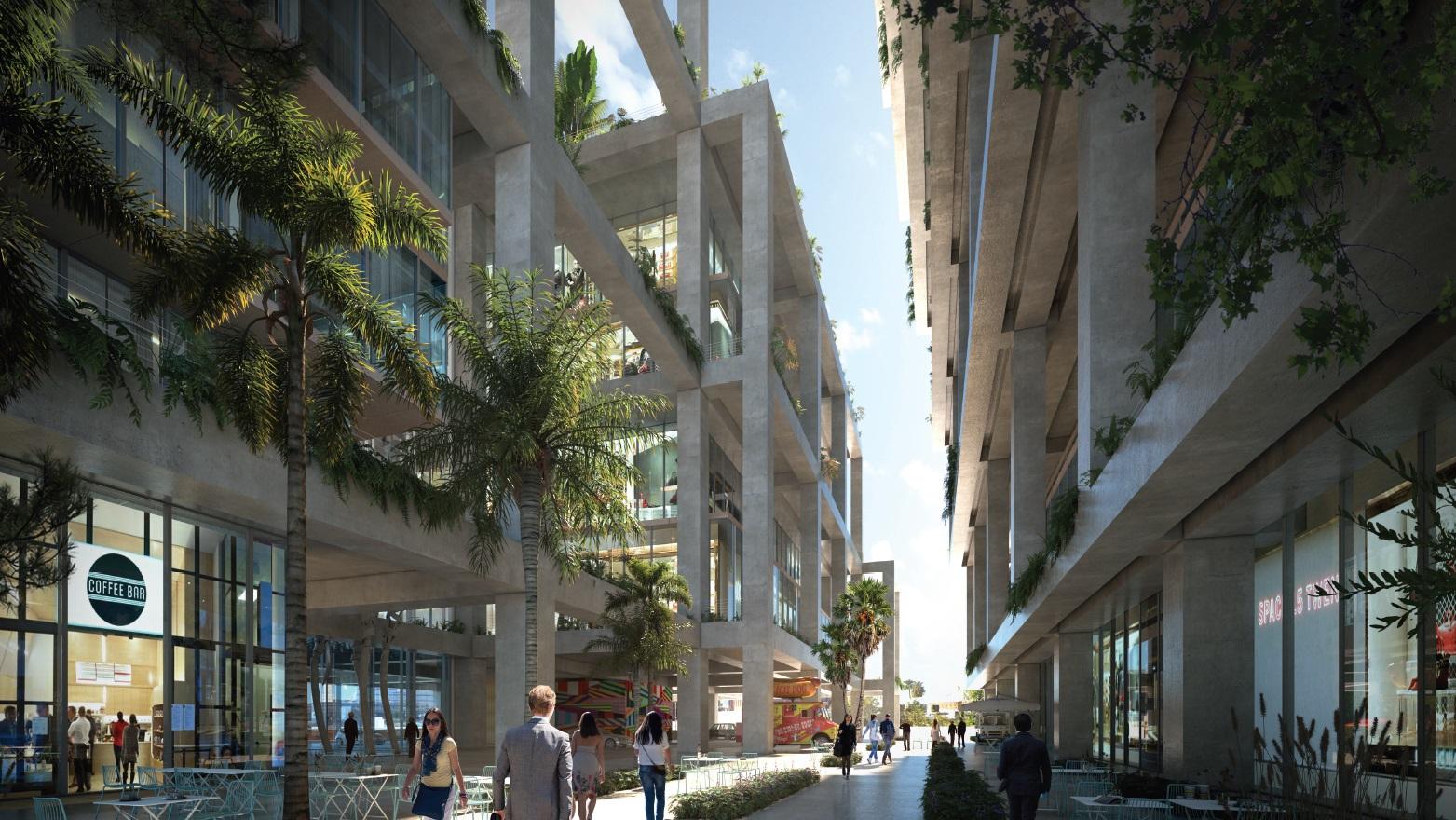 The high-rise complex would flank the Los Angeles River. The Bjarke Ingels-designed development, planned along the east side of Mesquit Street between 6th and 7th Streets, calls for the construction of four buildings:

Renderings reveal a series of stepped high-rise and mid-rise structures, capped by terrace decks, and interspersed with pedestrian arcades and paseos at the ground floor. To the east of the property, plans call for decking over adjacent railway track to create new publicly accessible open space fronting onto the Los Angeles River, and connecting to the adjacent Sixth Street Viaduct, as well as its associated park space and future Metro station, to the north. 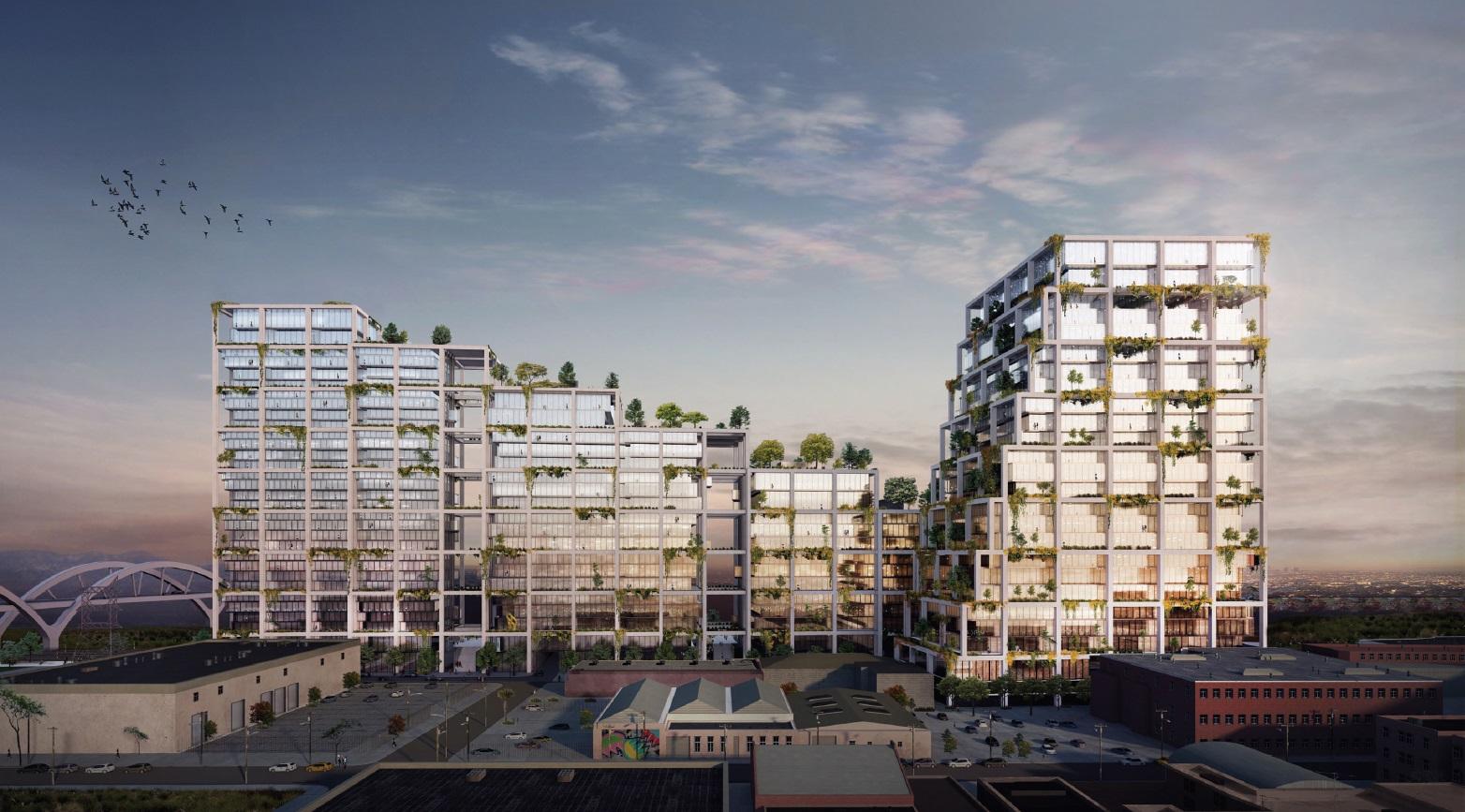 Under plans considered in the project’s draft environmental impact report released in December 2021, the mix of uses within 670 Mesquit would include:

However, a notice distributed to announce the release of the project’s final environmental impact report introduces the possibility of a second alternative. While the building envelope and intensity of uses would remain the same, Vella Group could instead build:

The amount of on-site parking proposed would remain the same. Likewise, the project’s entitlement pathway will still require discretionary approvals at the City Council level, including a zone change and a general plan amendment. After that point, construction of 670 Mesquit is planned to occur in a single five-year phase or in multiple stages over the course of nine years, although a precise groundbreaking date has not been announced. 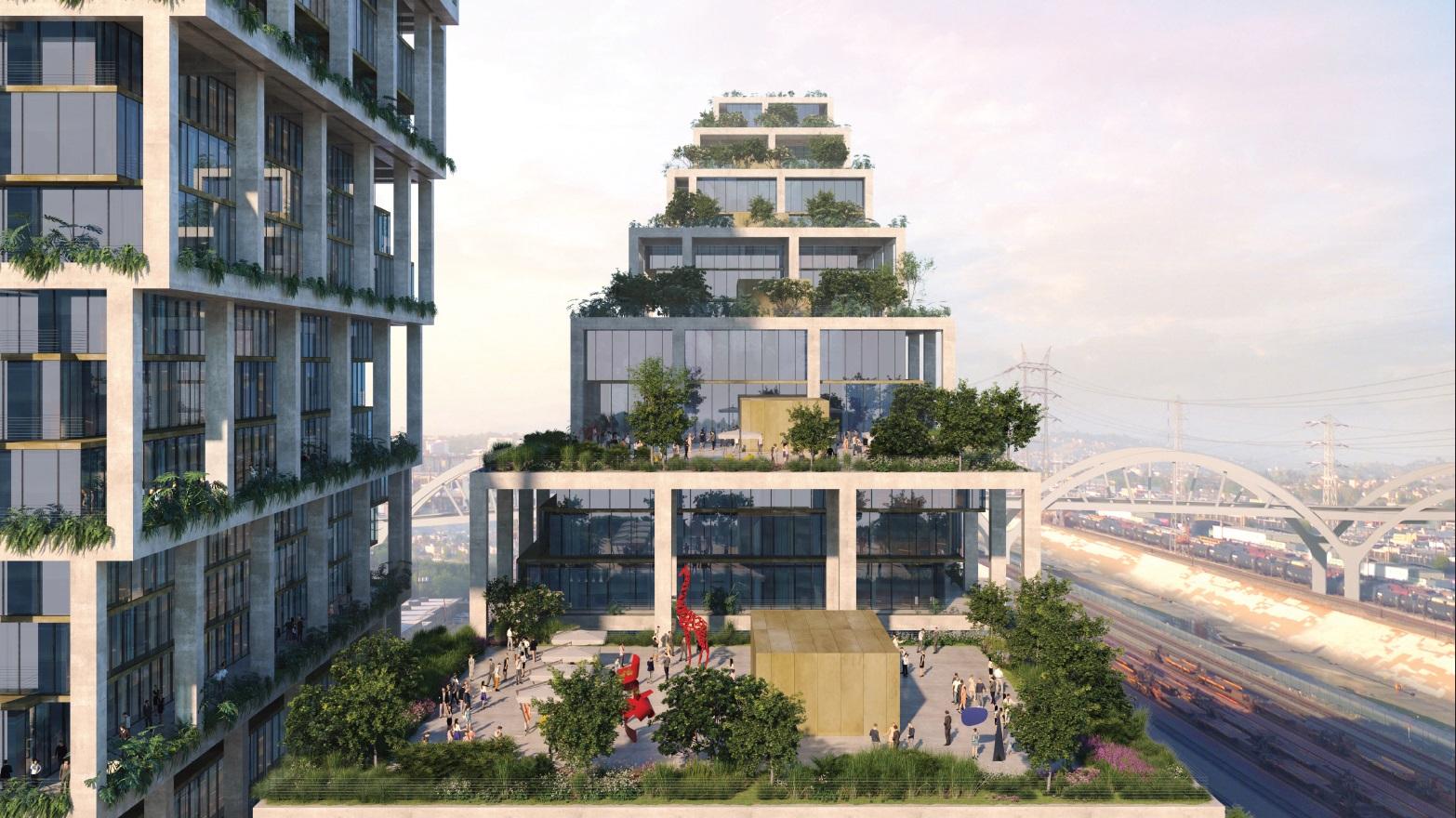 The 670 Mesquit development, when first proposed in 2016, was almost unprecedented in its bid to bring high-rise buildings to the Arts District. However, in the years that have since passed the City of Los Angeles has approved a proposal from Onni Group to construct a residential tower just south of Vella’s proposed buildings. Likewise, construction has commenced for a 35-story tower at 520 Mateo Street. 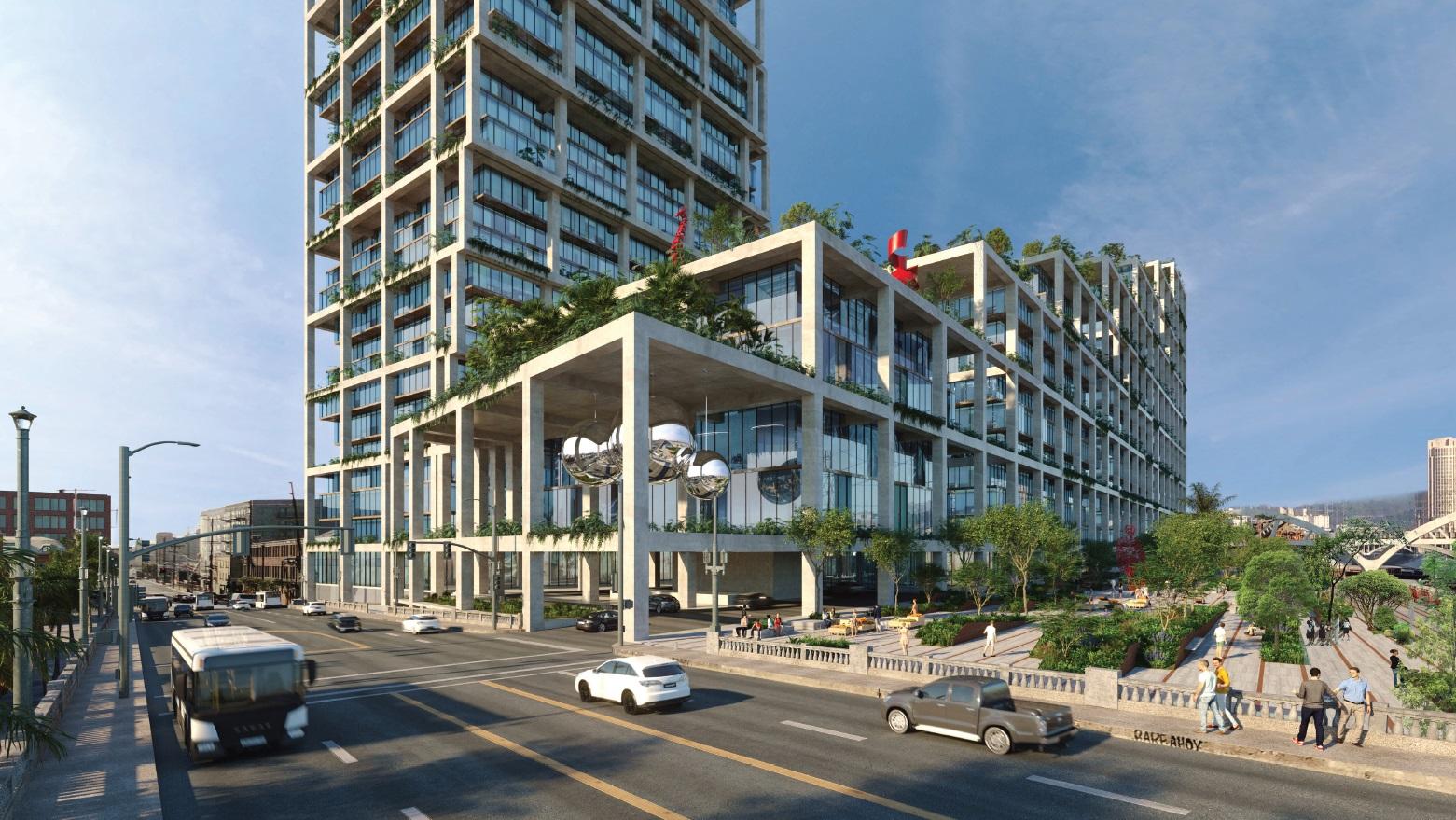 Vella Group, which has offices in both West Hollywood and New York, is involved in numerous projects across Los Angeles County, including a proposed office complex in El Segundo, the West Hollywood Arts Club, and the new headquarters campus of Amazon subsidiary Ring.

Be the first to comment on "New Options Considered For 670 Mesquit, Arts District, Los Angeles"