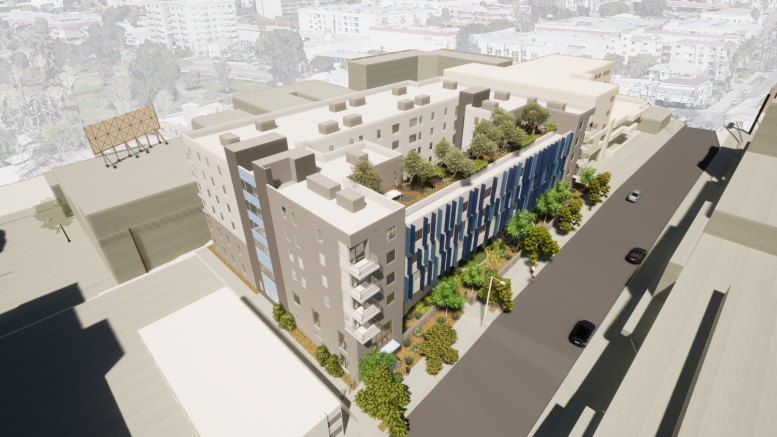 The Quincy in Pico-Union

The first, named “The Quincy,” will be located at 2652-2662 Pico Boulevard in Pico-Union. Plans call for the demolition of two existing commercial buildings and the construction of a new four-story edifice featuring 54 apartments. Out of these, 53 units will be reserved as permanent supportive housing for households earning no more than 50 percent of the area’s median income level. The approved funding for The Quincy includes $16.8 million in tax-exempt bonds– roughly half of the total $33.6-million estimated budget.

The Wilcox in East Hollywood

The second project is The Wilcox, which will be planned at 4904 Santa Monica Boulevard in East Hollywood. The proposed project will consist of a four-story edifice featuring 62 apartments reserved for unhoused seniors. Funding approved by the City Council includes more than $20 million in tax-exempt bonds and $12.7 million in tax-exempt bonds, contributing to a total estimated cost of approximately $40.1 million.

The City Council also approved roughly $38.7 million in funding for Meta Housing Corporation’s 619 Westlake apartments, which will rise from an empty city-owned parcel situated a block east of MacArthur Park. The project, designed by The Architects Collective, will consist of a five-story edifice featuring 78 one-bedroom, two-bedroom, and three-bedroom apartments. A total of 77 units will be kept aside as affordable and permanent supportive housing. The total cost of the apartment complex is estimated at more than $52 million. The inflated price is a result of factors including design requirements due to the neighboring Westlake Theatre, the provision of transit passes to residents, furnishing, and sustainability features. 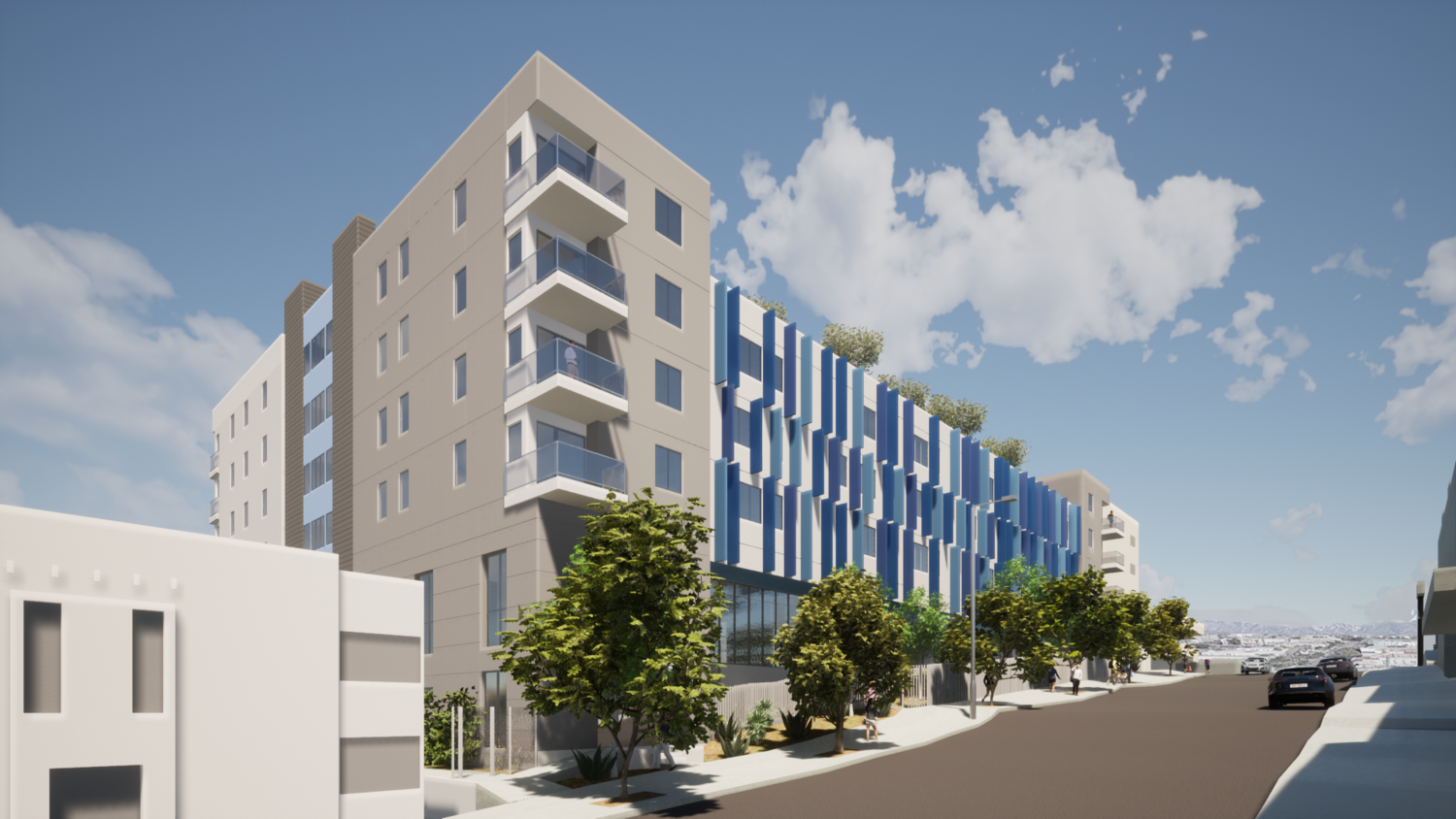 In Downtown, the Council also approved $28 million in tax-exempt bonds for the Coalition for Responsible Community Development’s planned adaptive reuse of buildings at 803 East 5th Street. The project, designed by QDG Architecture, proposes to transform three buildings into 94 apartments reserved for rent by households earning no more than 50 percent of the area’s median income. A Housing Department staff report estimates that the completed project will cost approximately $58 million. 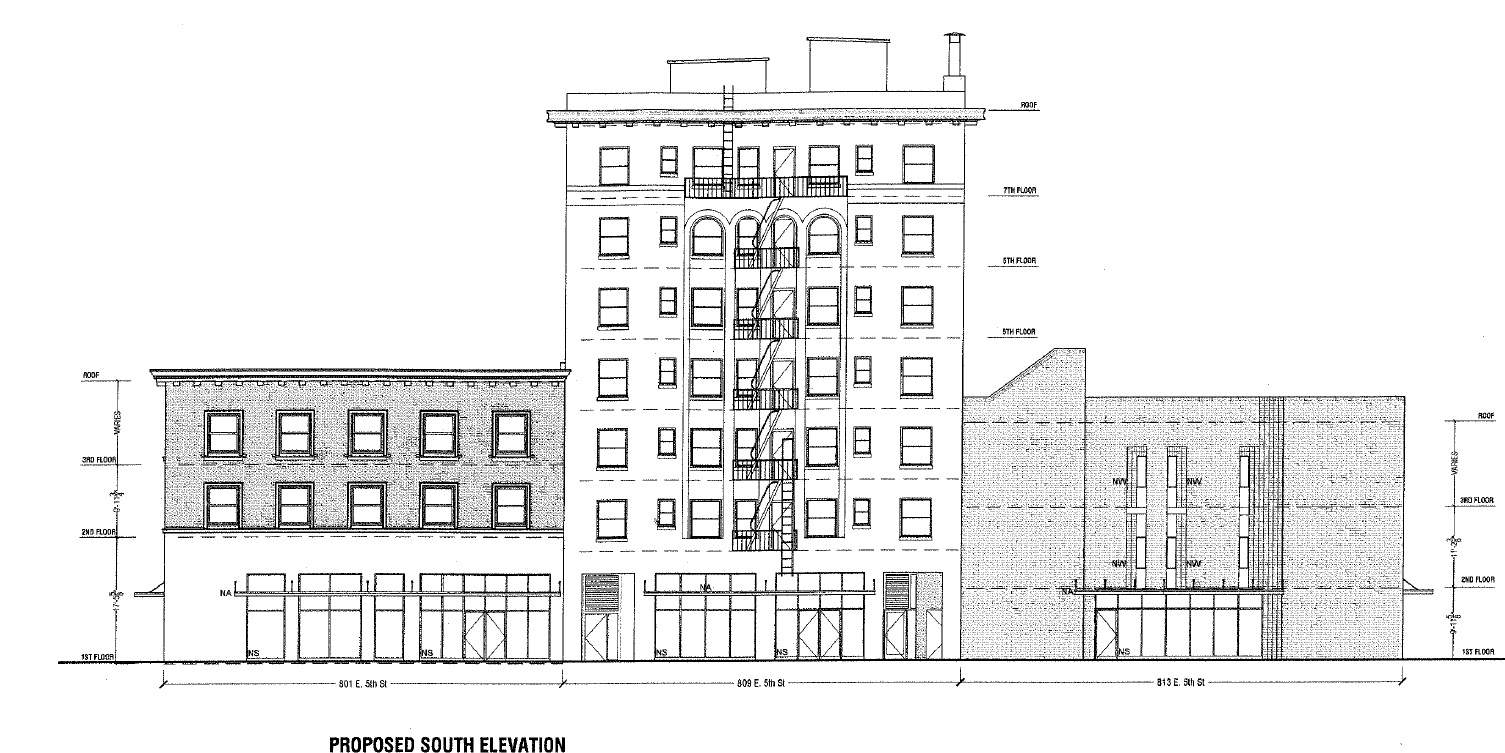