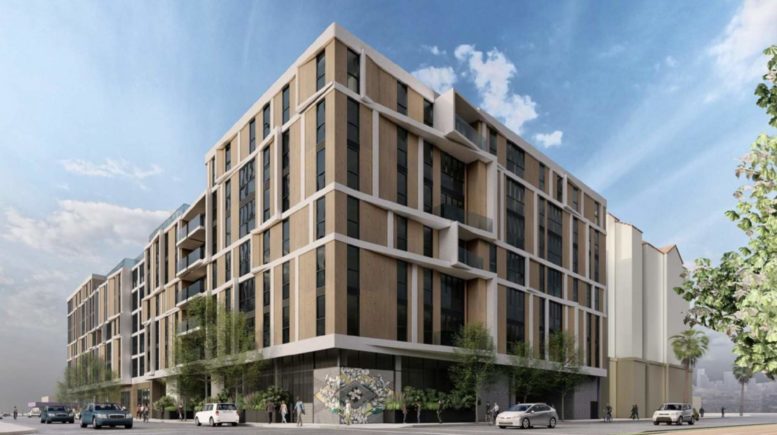 Amplify Development Co. and Core Spaces are the project developers. Antunovich & Associates is responsible for the design concepts. 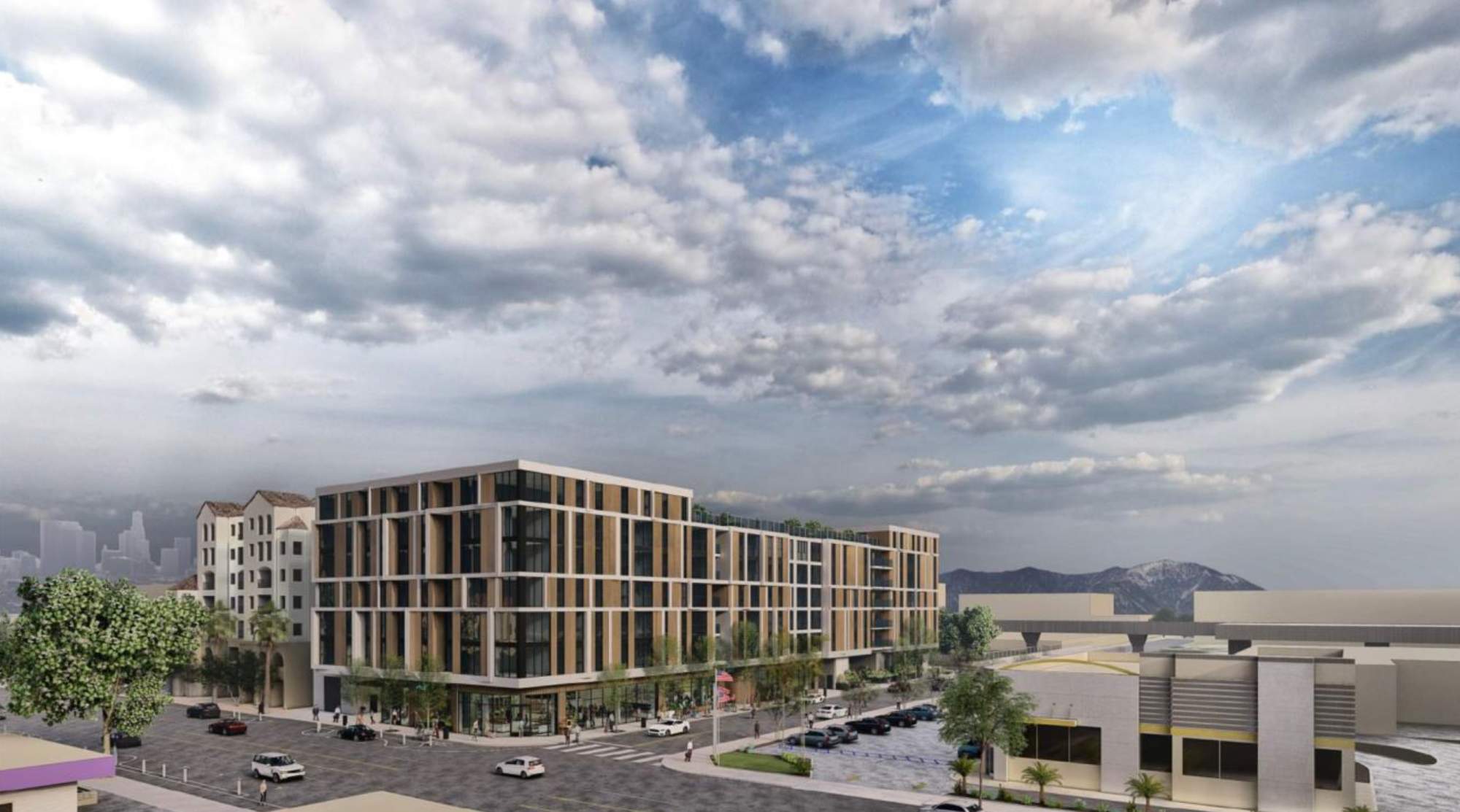 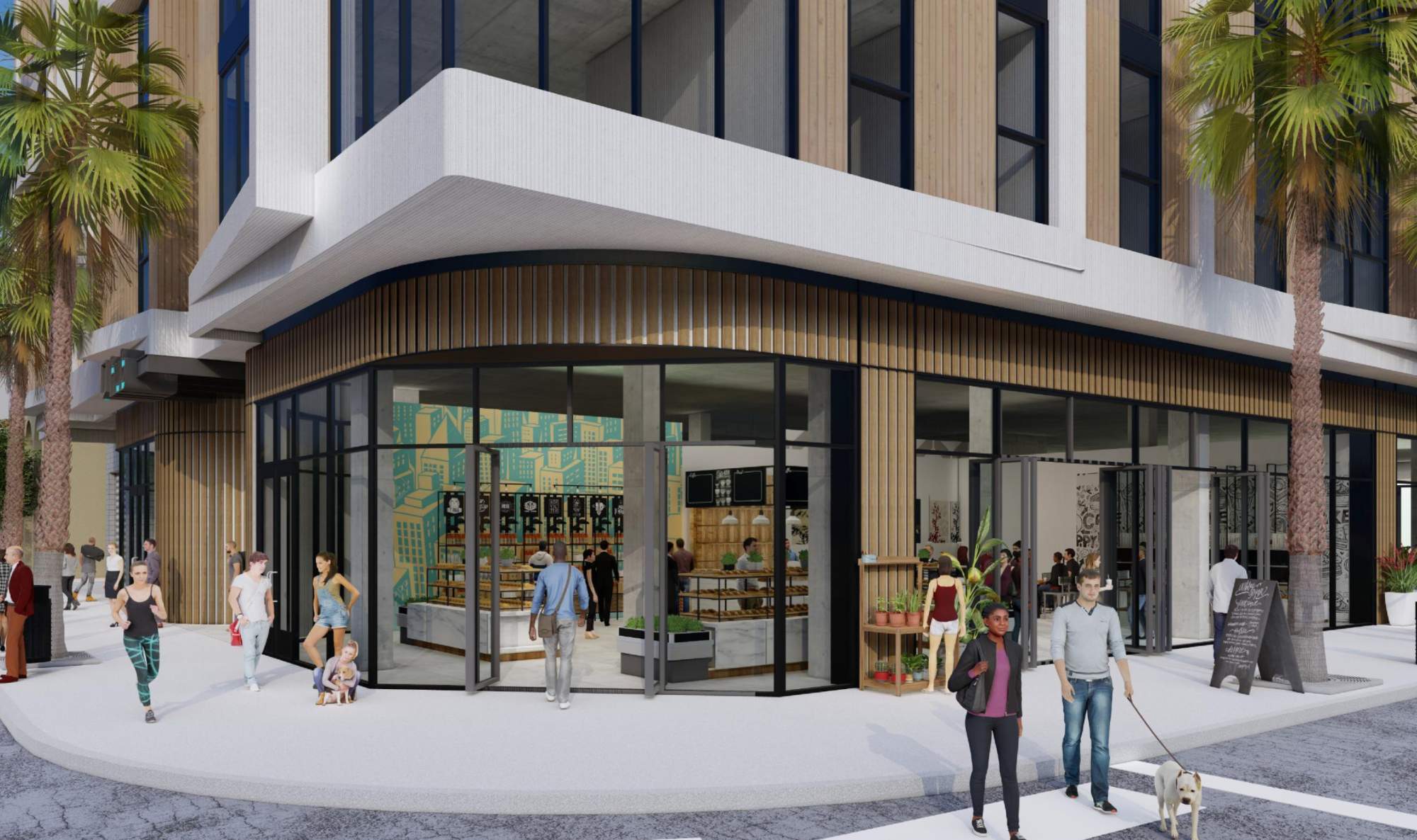 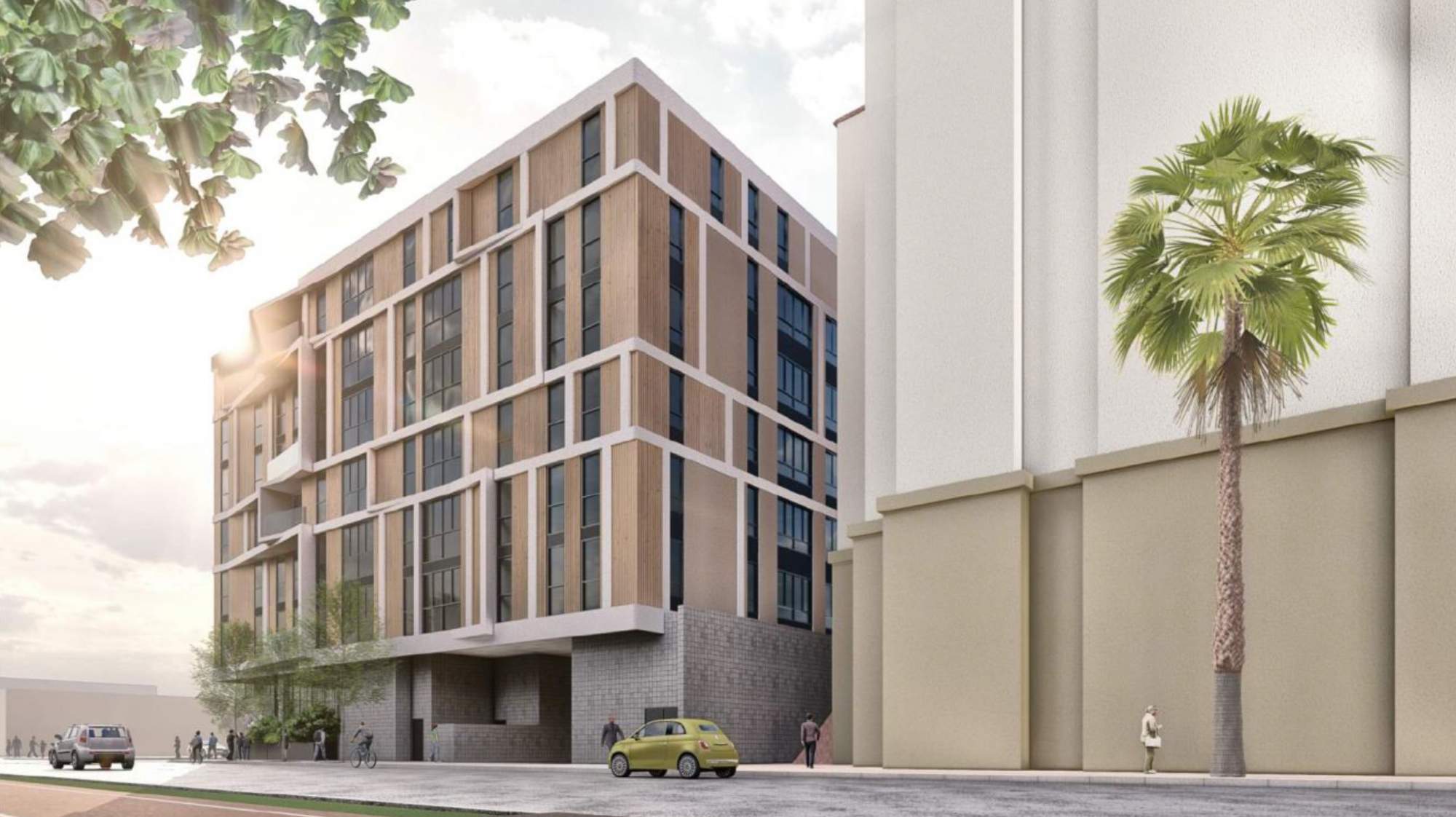 Named The Hub on Figueroa, the project broke ground seven months ago. The project will bring a seven-story edifice featuring 157 apartments and commercial space spanning an area of 5,128 square feet on the ground floor. A semi-subterranean parking garage will also be developed on the site. 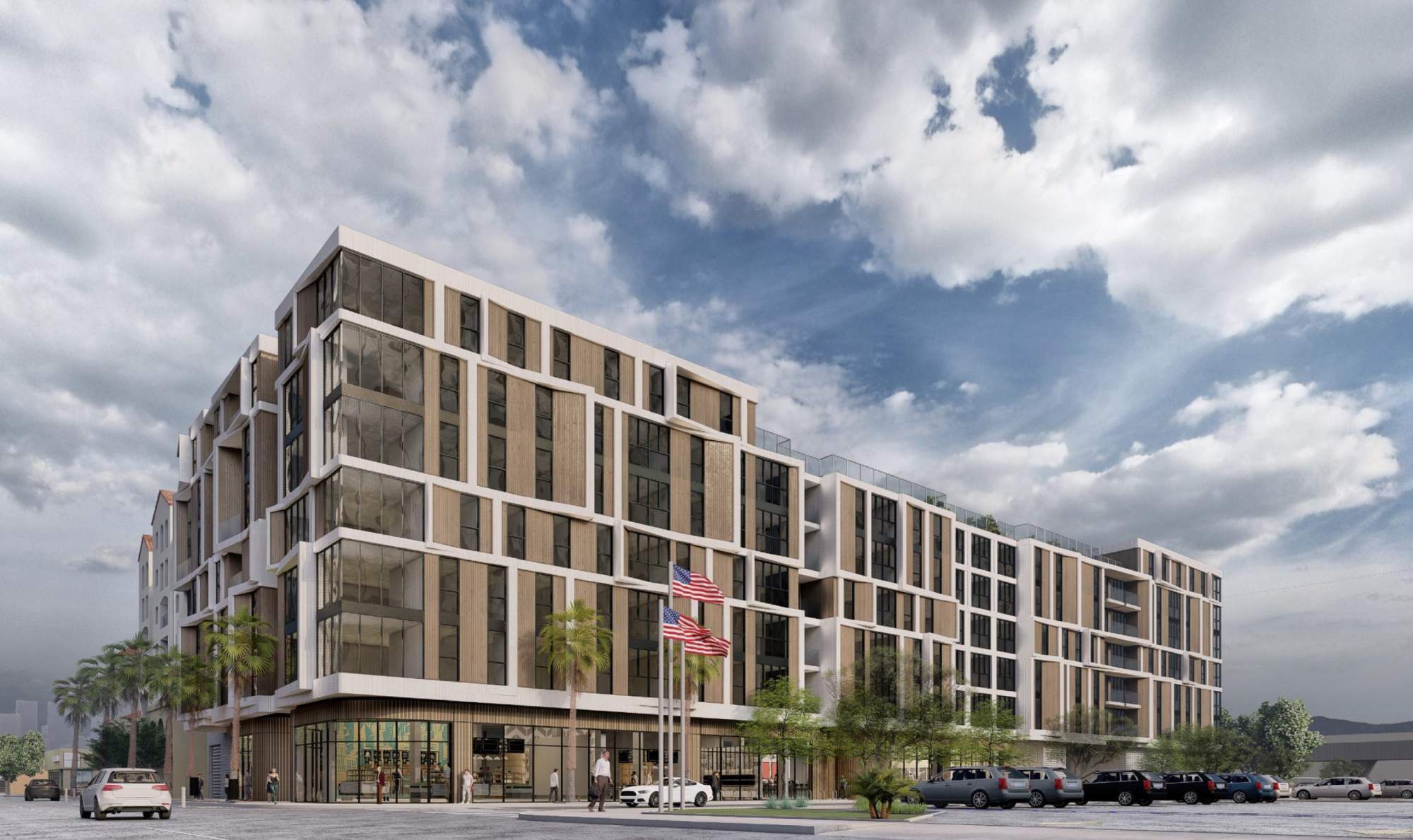 Approved plans rely on Transit Oriented Communities development incentives to permit a larger, denser building than allowed by zoning rules. In exchange for bonus floor area, the developers are required to set aside 18 of the proposed studio, one, two-, three-, four-, and five-bedroom dwellings as deed-restricted very low-income housing.  Seven additional apartments will also be set aside voluntarily as workforce housing.

Renderings reveal a contemporary podium-type building with an articulated façade and a large rooftop amenity deck. The project site is located at the intersection of 28th Street and Figueroa Street, just north of USC.

Be the first to comment on "Apartments Under Construction At 2718 Figueroa Street In University Park, Los Angeles"