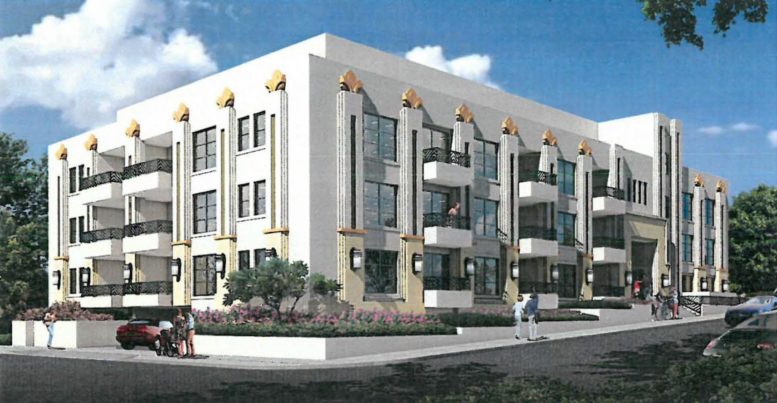 Another residential project is taking shape and form at 1759 Gower Street in Hollywood, Los Angeles. The project proposal includes the development of 28 apartments. An early 20th century building most recently inhabited by a church has made way for an infill apartment complex with a vintage look.

Bar 216, LLC is the project applicant and project developer. Kamran Tabrizi Architect & Associates is responsible for the design concepts.

The project received building permits in April. The under construction building once completed will be a four-story edifice featuring 28 residences. The residences will be offered as a mix of one-bedroom, two-bedroom, and three-bedroom dwellings above at-grade parking for 27 vehicles.

Renderings reveal a low-rise structure, featuring a white stucco exterior with several Art Deco elements. Plans indicate the building will include a side courtyard and a recreation room.

The development site last traded in 2016 for just over $1 million, roughly one year prior to when the application for the now under-construction apartment building was filed with the Planning Department.

Be the first to comment on "Apartments Rising At 1759 Gower Street In Hollywood, Los Angeles"

Single-Family Home At 1808 Canyon Drive, Hollywood Up For Redvelopment