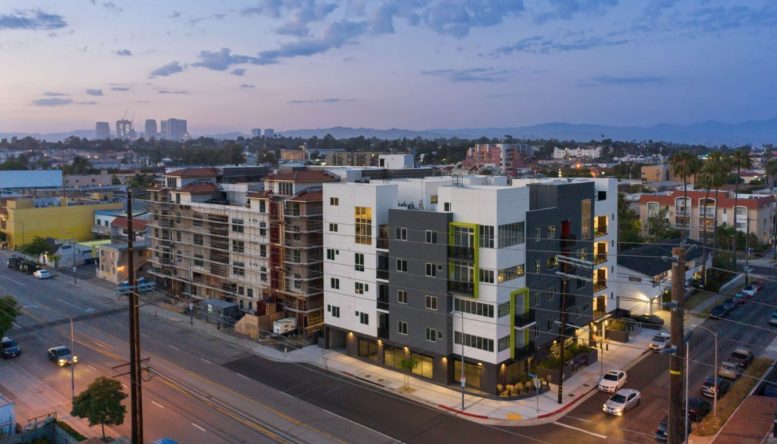 Construction has topped out with significant portions of the facade now visible on the residential development at 3550 South Overland Avenue in Palms, Los Angeles. Scaffolding has yet to be taken down, but the overall design is visible. Helio is the developer behind the project, bringing more housing to previously two small commercial and residential buildings. 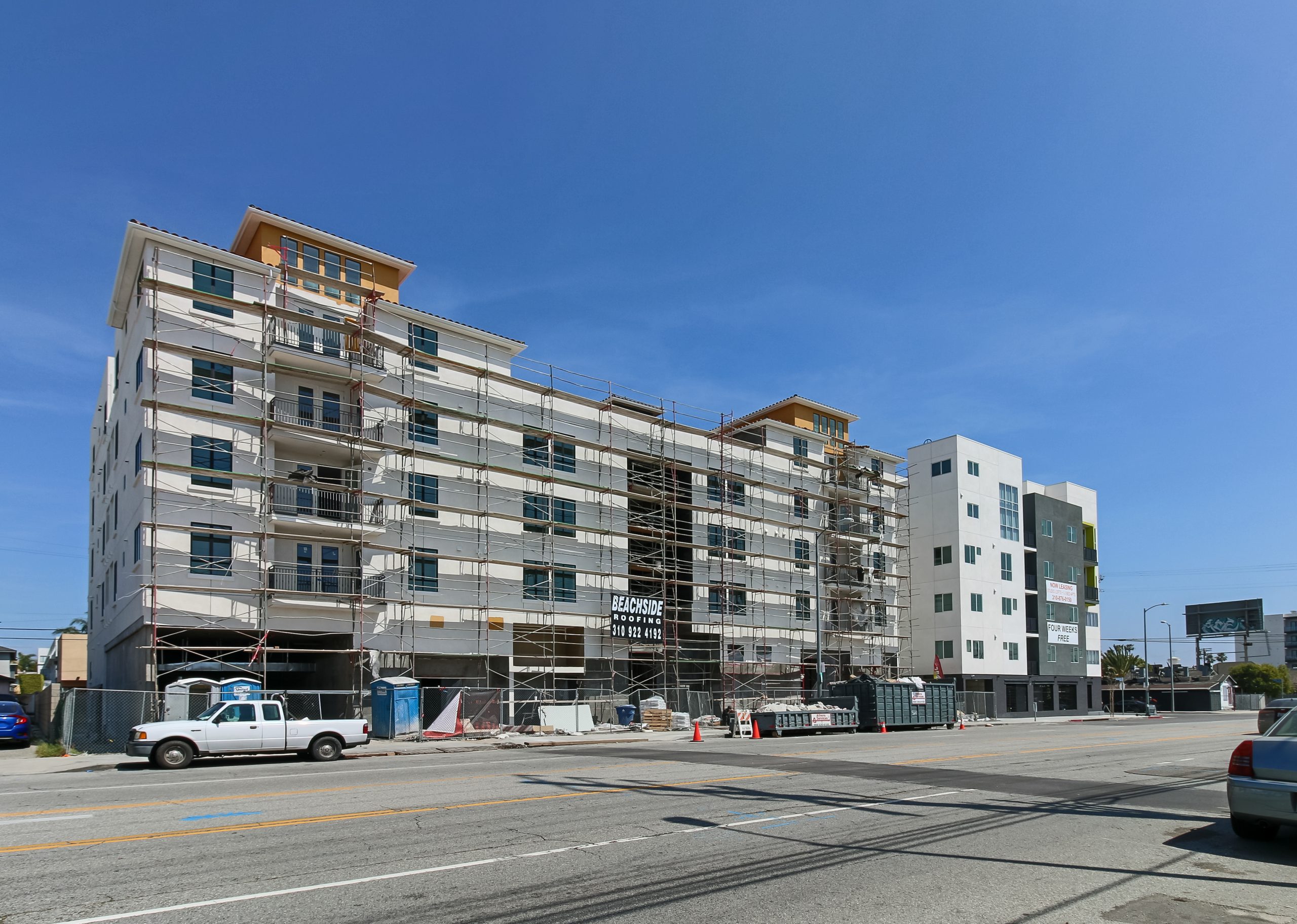 The building is 76 feet tall, 94 feet long, and 134 feet wide. It reaches five stories high, with two basement levels below. There are 50,101 square feet of floor area. Inside, there are 60 apartment units. 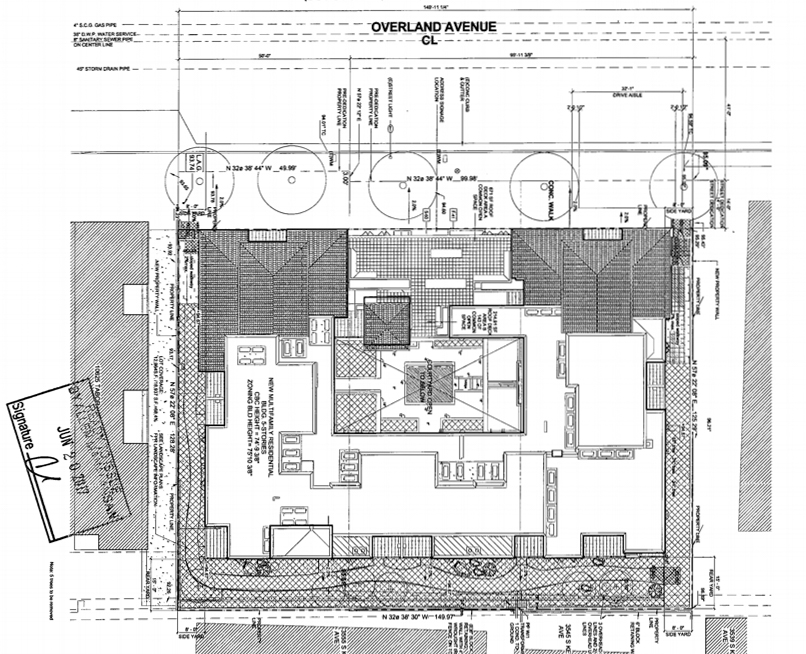 For transportation concerns, the basement level contains room for 12 compacts, two disabled, and 56 standard parking spaces. 60 long-term and six short-term bicycle parking spaces will be available for transportation as well. There is a bus stop on the corner of the block, at the intersection of Palms Boulevard and Overland Avenue. 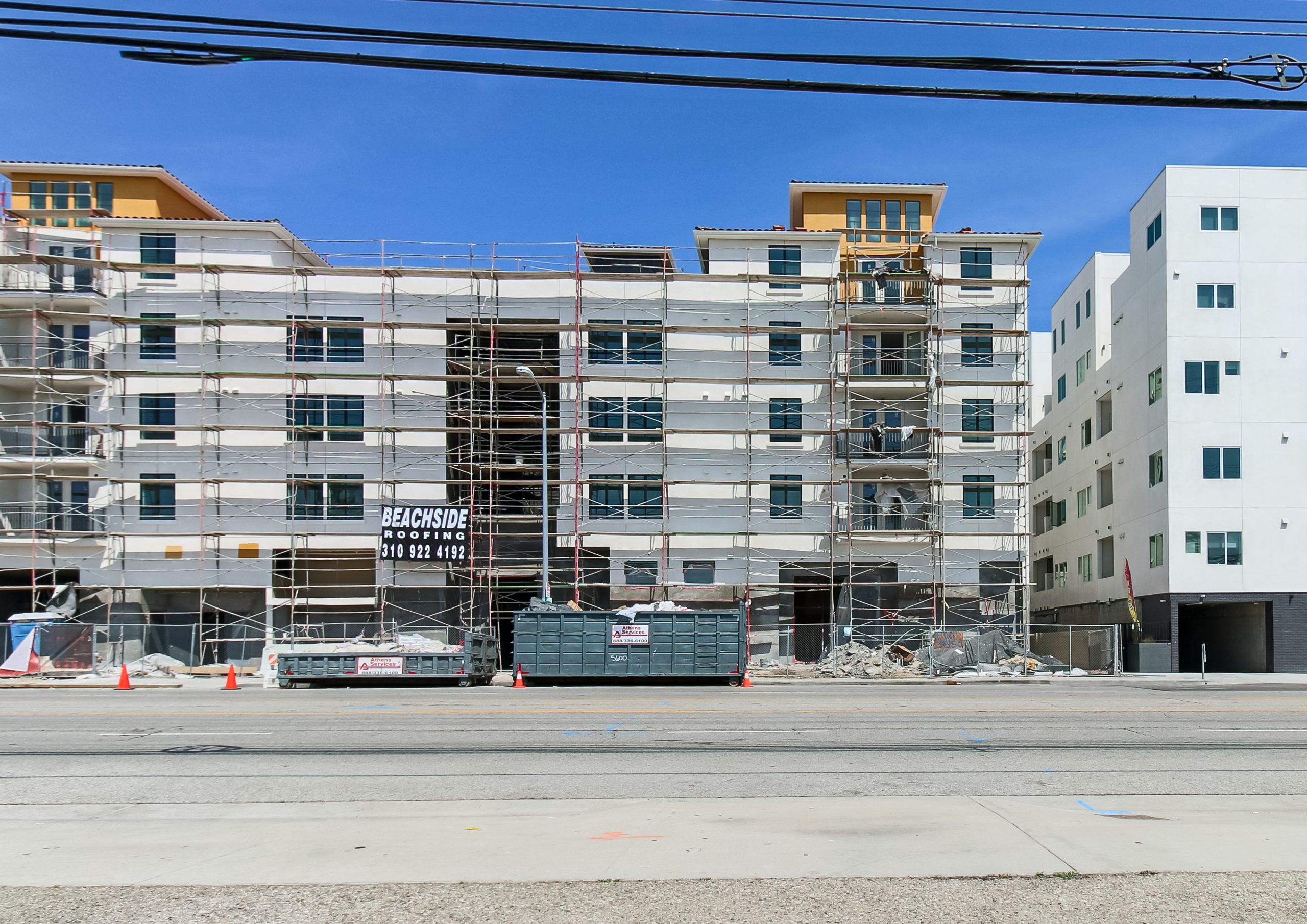 Focus Builders is the contractor on the project. The design relies on concentric braced framing and concrete shearwall, with a concrete deck and concrete slab on grade floor construction. The location is next door to T Lofts, which recently opened. $9.3 million was the permit valuation at the time of filing for this development.

Be the first to comment on "Facade Installation Underway for 3550 South Overland Avenue, in Palms, Los Angeles"

Exterior Work Wrapping Up at 5525 Case Avenue, in North Hollywood

Exterior Work Wrapping Up at 5525 Case Avenue, in North Hollywood