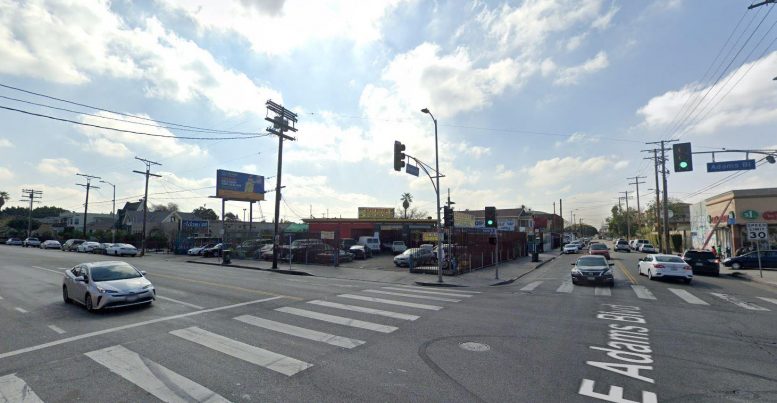 A new residential project has been proposed at 400 East Adams Boulevard in Historic South-Central, Los Angeles. The project proposal includes the development of a four-story modular workforce housing project, replacing a car wash and a small restaurant on the site.

Beverly Hills-based real investment firm Markwood is the project developer. The developer bought the property for $3 million. AERO Collective and Architects Orange (AO) have partnered to work on the design concepts.

The project site is a parcel spanning an area of 20,000 square feet. The project will bring a new apartment complex featuring four levels of 84 prefabricated modular units above on-grade parking. The apartments will be offered as a mix of studios and one-bedroom units.

The developer has constructed market-rate apartment buildings in Sawtelle and Larchmont. Markwood intends to pursue entitlements for the project using Transit Oriented Communities incentives to exceed certain zoning limitations placed on the property. In exchange, eight of the proposed apartments are to be set aside as affordable housing at the extremely low-income level. The remaining units will be priced for households earning between 120 and 150 percent of the area’s median income.

Be the first to comment on "Modular Homes Proposed At 400 East Adams Boulevard In Historic South-Central, Los Angeles"