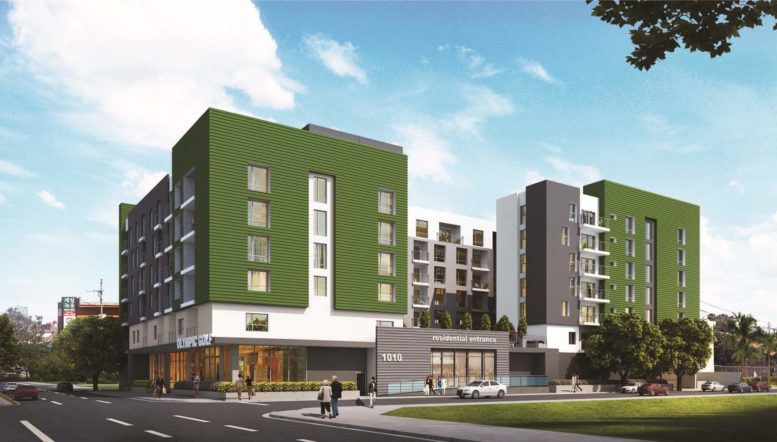 A new residential building is rising at 2870 Olympic Boulevard in Koreatown, Los Angeles. The project proposal includes the development of a seven-story apartment building, replacing a commercial building and single-family home at the southeast corner of Olympic Boulevard and Kenmore Avenue. 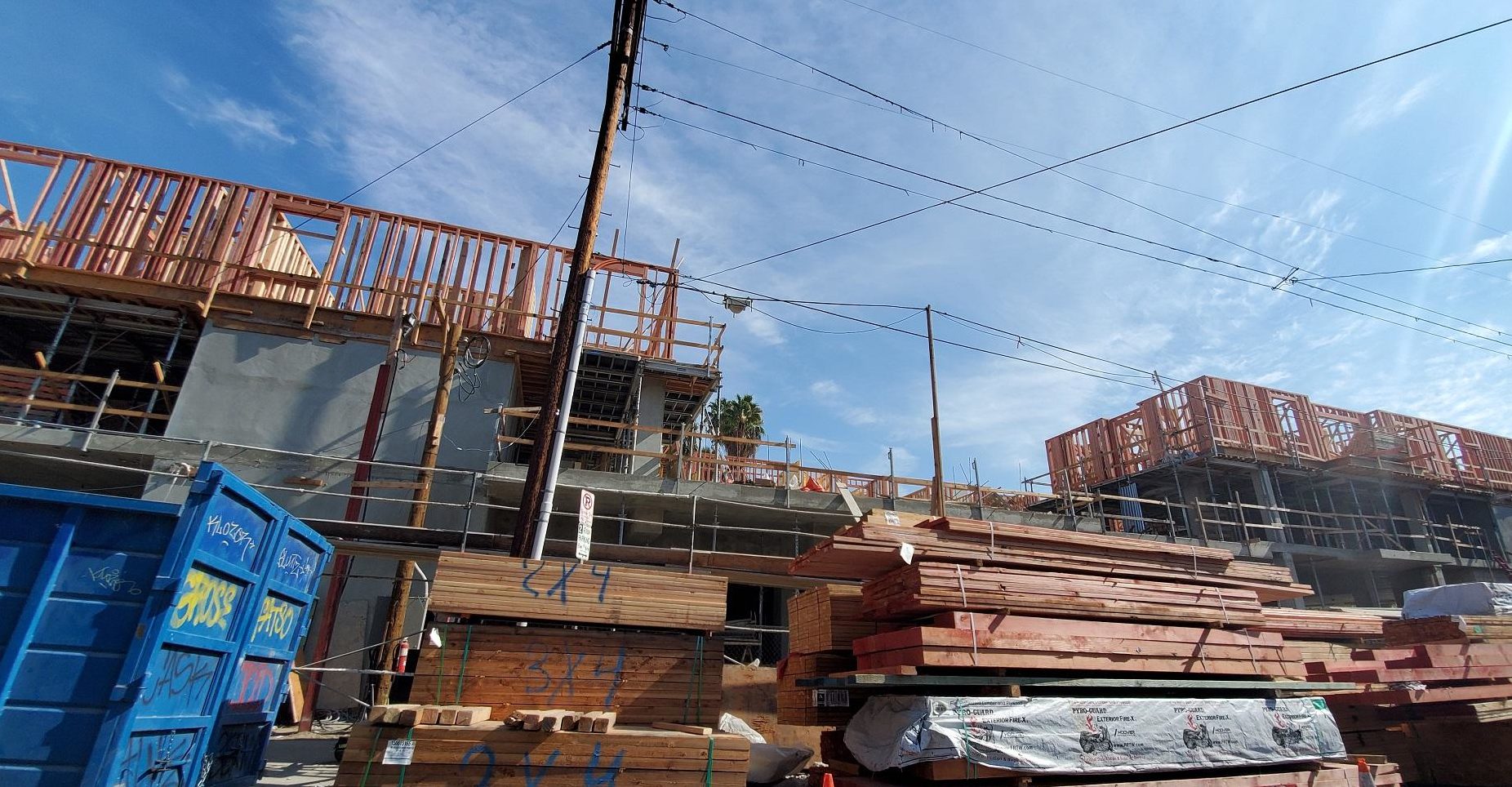 Wood framing is rising for a mixed-use apartment complex. The project broke ground a year and a half ago. Upon completion, the project will consist of a seven-story building featuring 126 apartments. The building will feature retail space and a parking garage on the ground floor. Renderings depict a contemporary podium-type building with upper floors wrapping a central amenity deck.

At the time the project secured construction financing in April 2020, completion of the building was anticipated in 2022.

The project site was previously slated for the construction of a hotel under a prior ownership group, sold the property in late 2018 for roughly $15 million. The property site is located at the intersection of Olympic Boulevard and Kenmore Avenue, bordering between Pico-Union and Koreatown.

Be the first to comment on "Apartment Building Rises At 2870 Olympic Boulevard, Koreatown, Los Angeles"