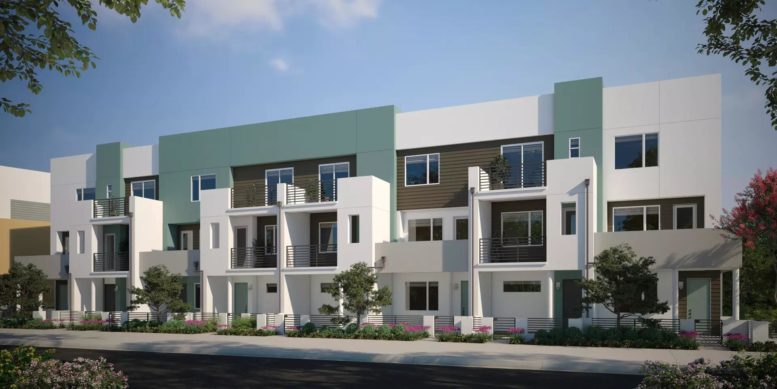 A new residential project has reached its completion at 5100 Long Beach Boulevard in Long Beach. The project proposal includes the construction of 38 townhomes available for sale upon completion.

Named Edgewood Point, construction is almost done for a residential project proposing to develop 38 townhomes for sale. The sale prices are in the $700,000s range. The townhomes are designed as a mix of three-bedroom, three-bathroom floor plans. Each of the homes, which average 1,330 square feet in size, feature outdoor decks and two-car garages.

As announced in February 2020, Edgewood Point is an all-electric development, incorporating solar powered infrastructure, with garages that are pre-wired for electric cars.

A few blocks away at 4800 Long Beach Boulevard, the developer is preparing to build a second development consisting of 16 homes.