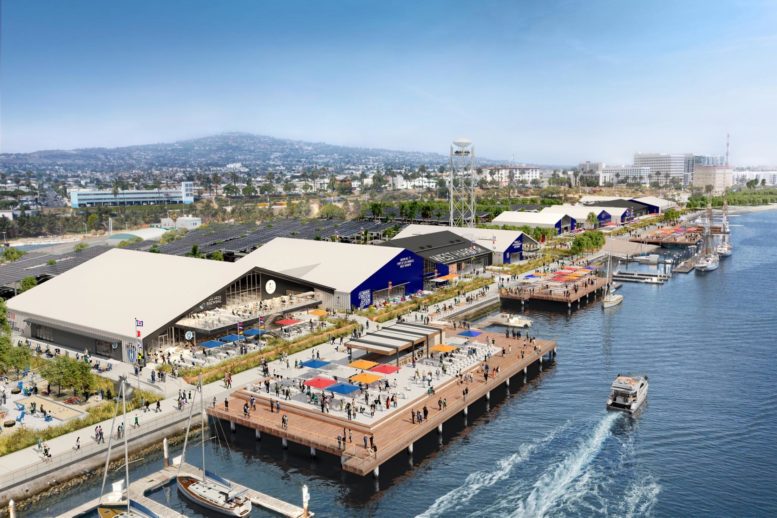 Aerial View of the West Harbor via Studio One Eleven

Construction has begun for the long-awaited revamp of San Pedro‘s Ports O’ Call Village. The project proposal includes the development of the waterfront West Harbor development with new shops, restaurants, and an amphitheater.

The Ratkovich Company and Jerico Development are the project developers. Studio One Eleven is responsible for the designs. 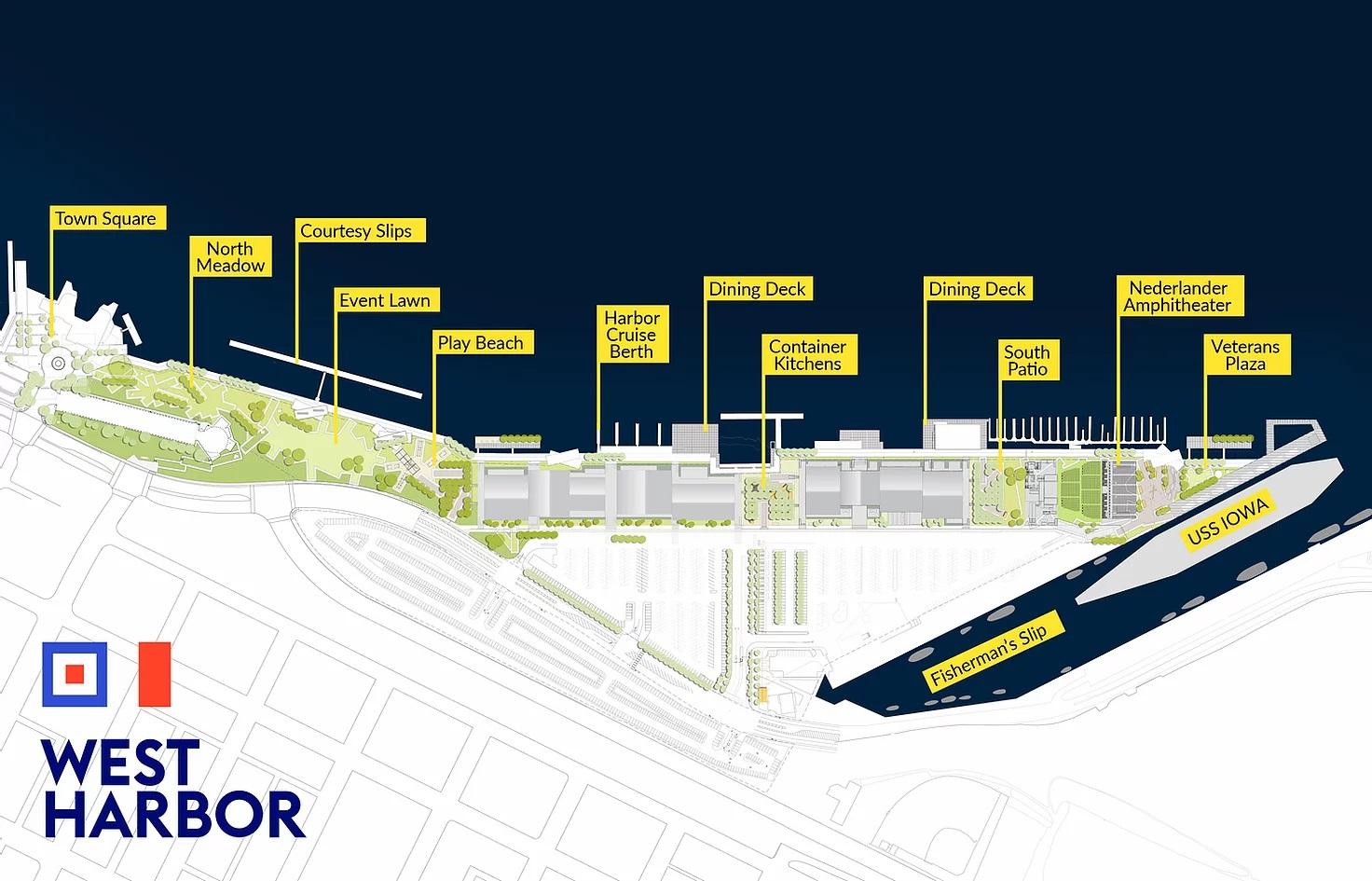 Site Plan, the West Harbor via Studio One Eleven

The developers secured a $90-million construction loan. The funding supplements $65 million of investor equity, and will go toward the construction of a 42-acre complex on the Los Angeles Waterfront that is approved to ultimately feature more than 330,000 square feet of retail, restaurant, and other commercial uses.

Anchor tenants that have already been confirmed for the complex include the first satellite location of Hollywood’s Yamashiro restaurant, King & Cantina, a market hall, and off-leash dog park bar and cafe Bark Social. Additionally, plans call for a roughly 6,200-seat amphitheater, which is being developed in partnership with the Nederlander Organization. 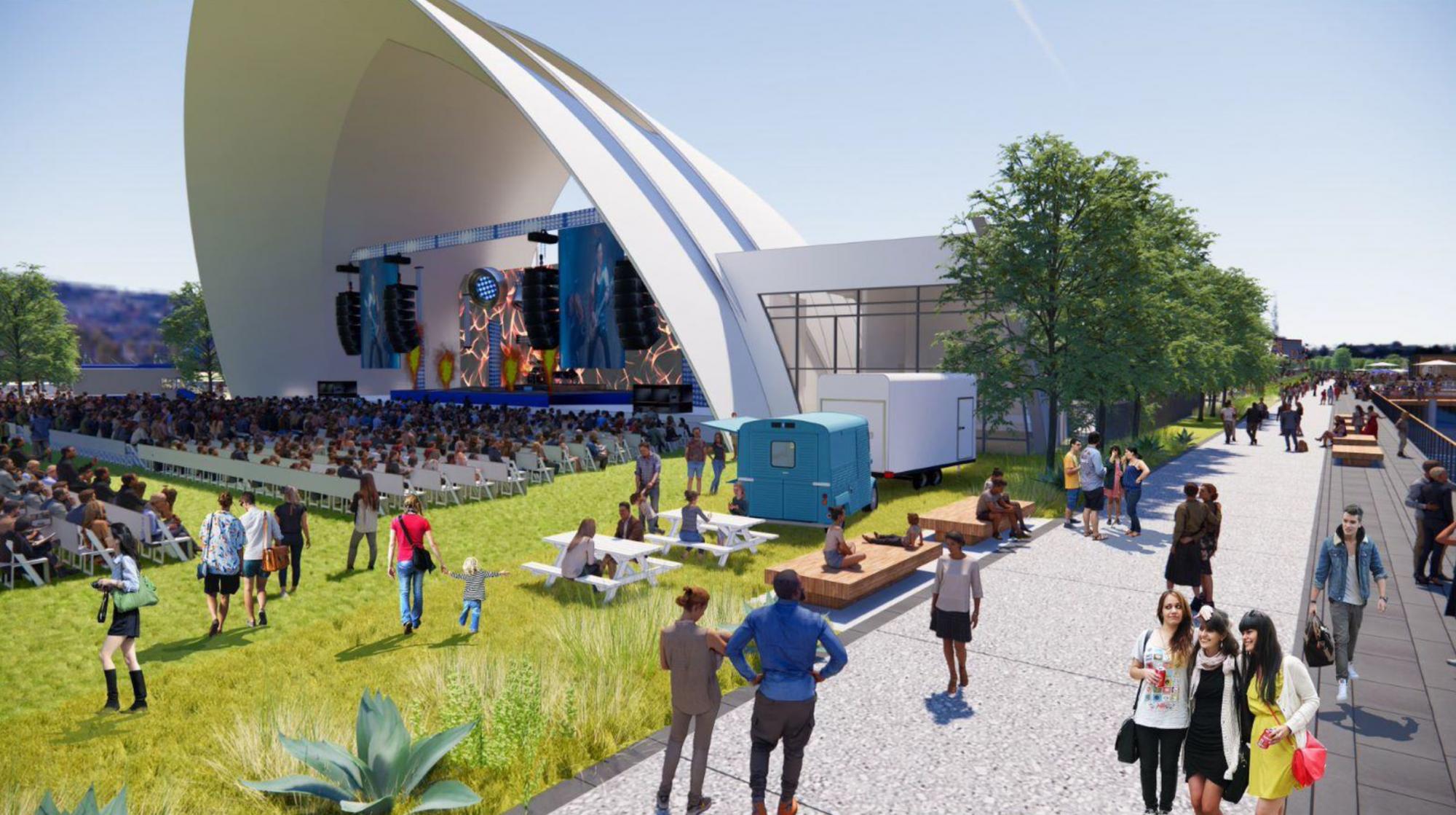 The West Harbor Amphitheater via Studio One Eleven 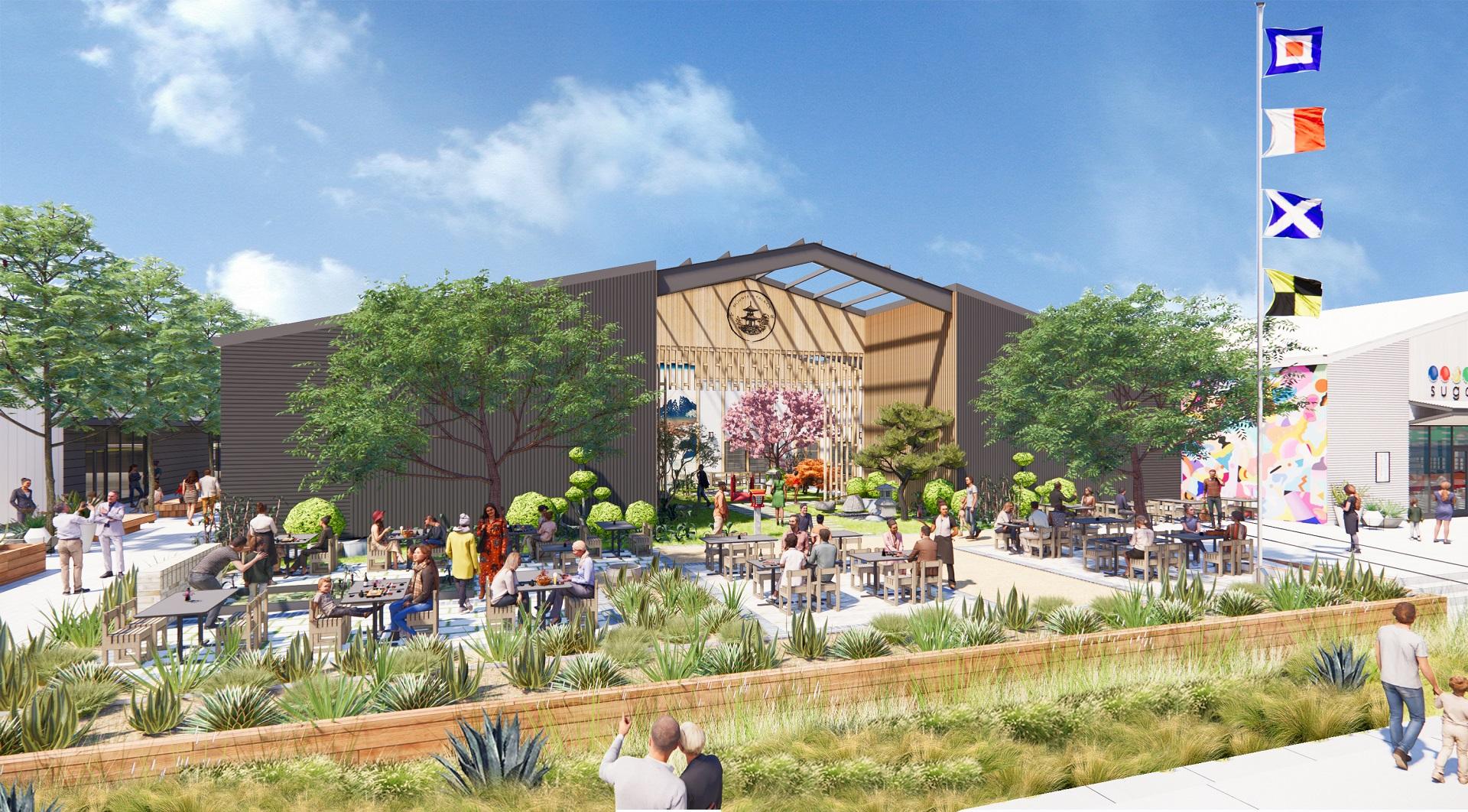 View of the new Yamashiro via Studio One Eleven

Besides the entertainment venue and commercial uses, an environmental report recently circulated by the City of Los Angeles also points to another tourist attraction at the West harbor – a proposed tower feature featuring a gondola and concessions. The gondola would carry up to 15 passengers at a time up to 115 feet above ground.

Sugar Factory at the West Harbor via Studio One Eleven

The West Harbor, which is slated for completion in 2024, makes use of Commercial Property Assessed Clean Energy (or C-PACE) to cover the up-front costs of energy and water-efficient infrastructure under more favorable terms than otherwise available through conventional financing. In a news release, the project team noted that the fixed-rate terms of C-PACE financing are helpful at a time when interest rates have risen steadily. 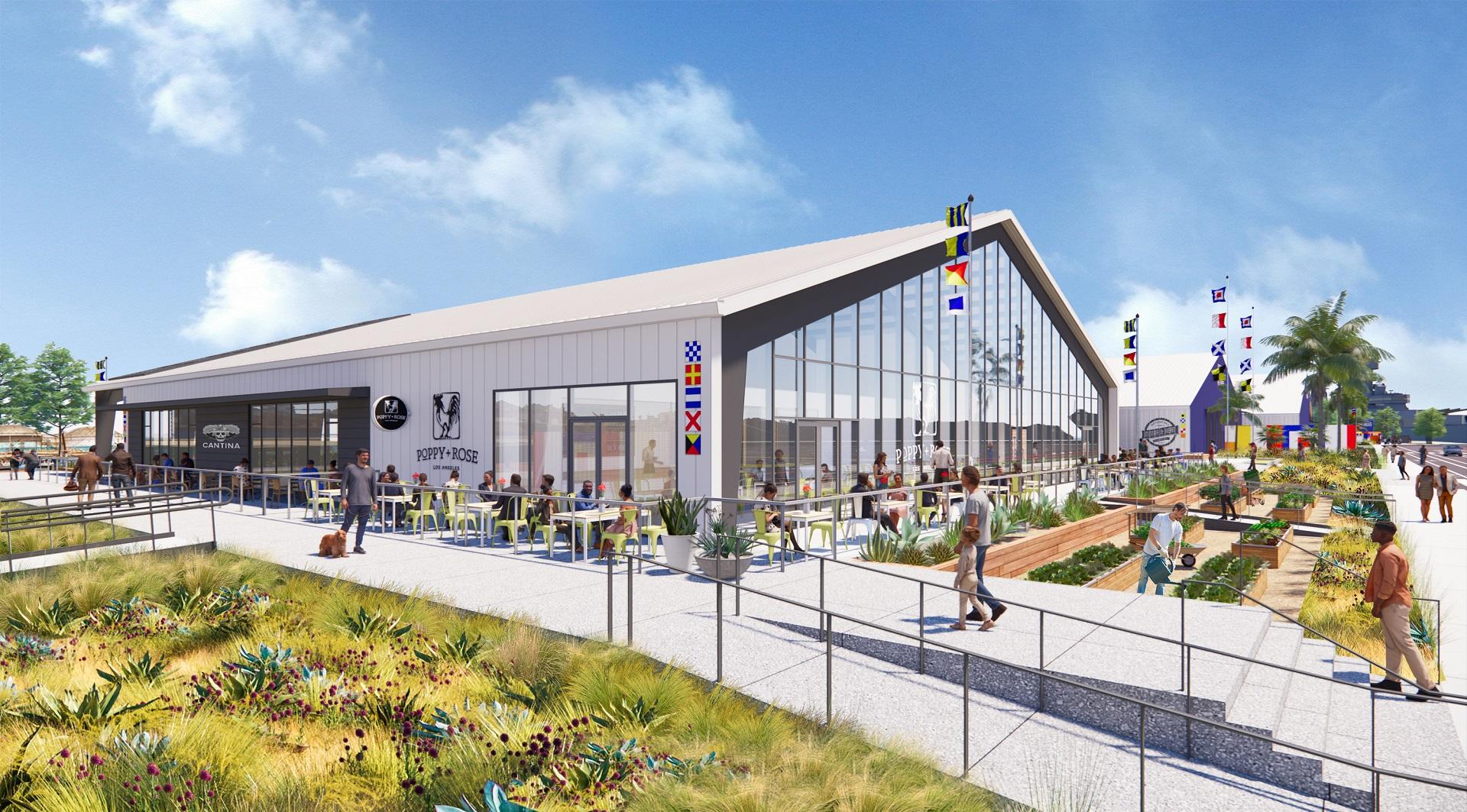 Poppy + Rose at the West Harbor via Studio One Eleven

The West Harbor follows more than $600 million that the Port of Los Angeles has invested into the waterfront between 2005 and 2015, with an additional $400 million to be spent by the year 2025. Those improvements have brought new open space to San Pedro and Wilmington, such as the new Town Square & Promenade, which debuted late last year.