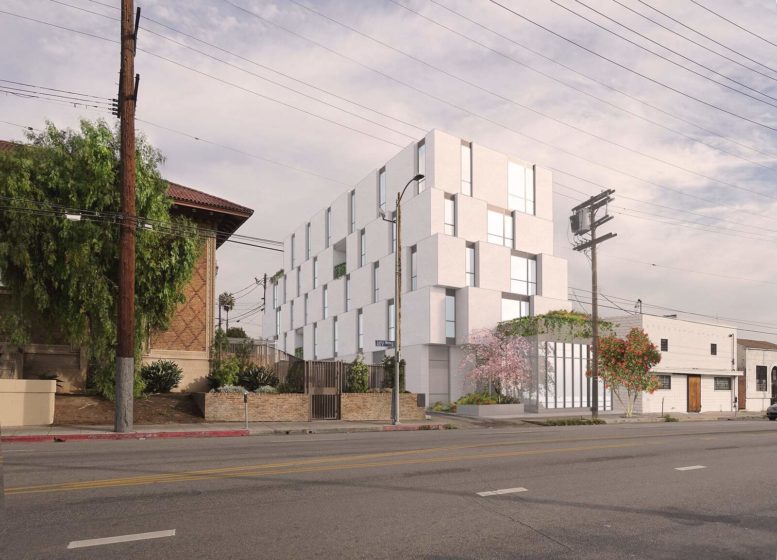 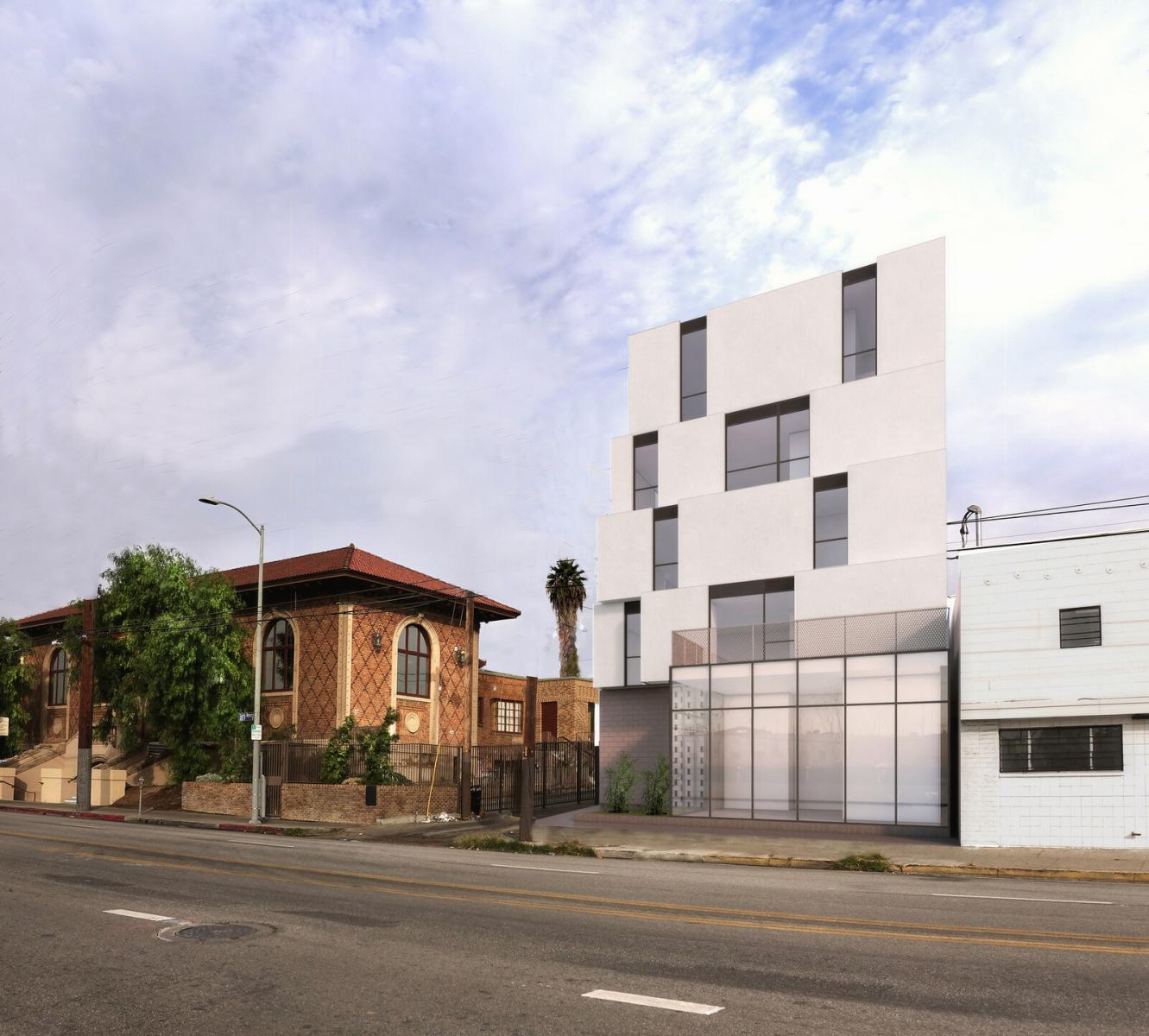 The project will consist of a five-story building containing 16 apartments built atop parking for 10 vehicles. The apartments will be offered as a mix of studios, one-bedroom, and two-bedroom units.

Entitlements for the project rely on Transit Oriented Communities incentives to permit a larger structure than allowed by zoning rules. In exchange, two of the apartments are to be set aside as deed-restricted affordable housing at the extremely low-income level. 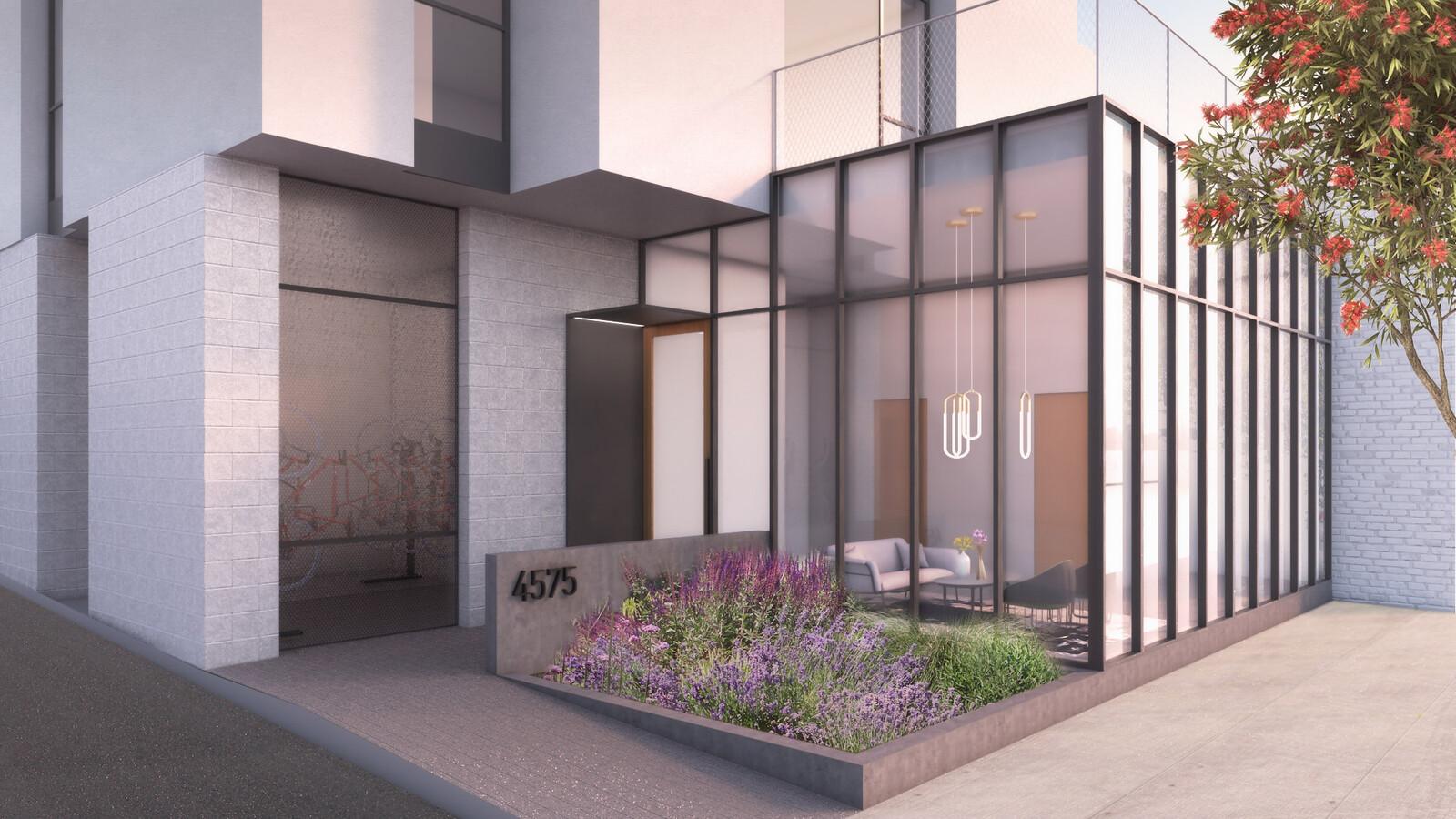 Renderings reveal a contemporary low-rise structure with a rear-facing terrace deck and two courtyards. The facade employs a contrast between flatness and depth, using a system of staggered and elevated plaster facade modules to create windows as gaps between them. 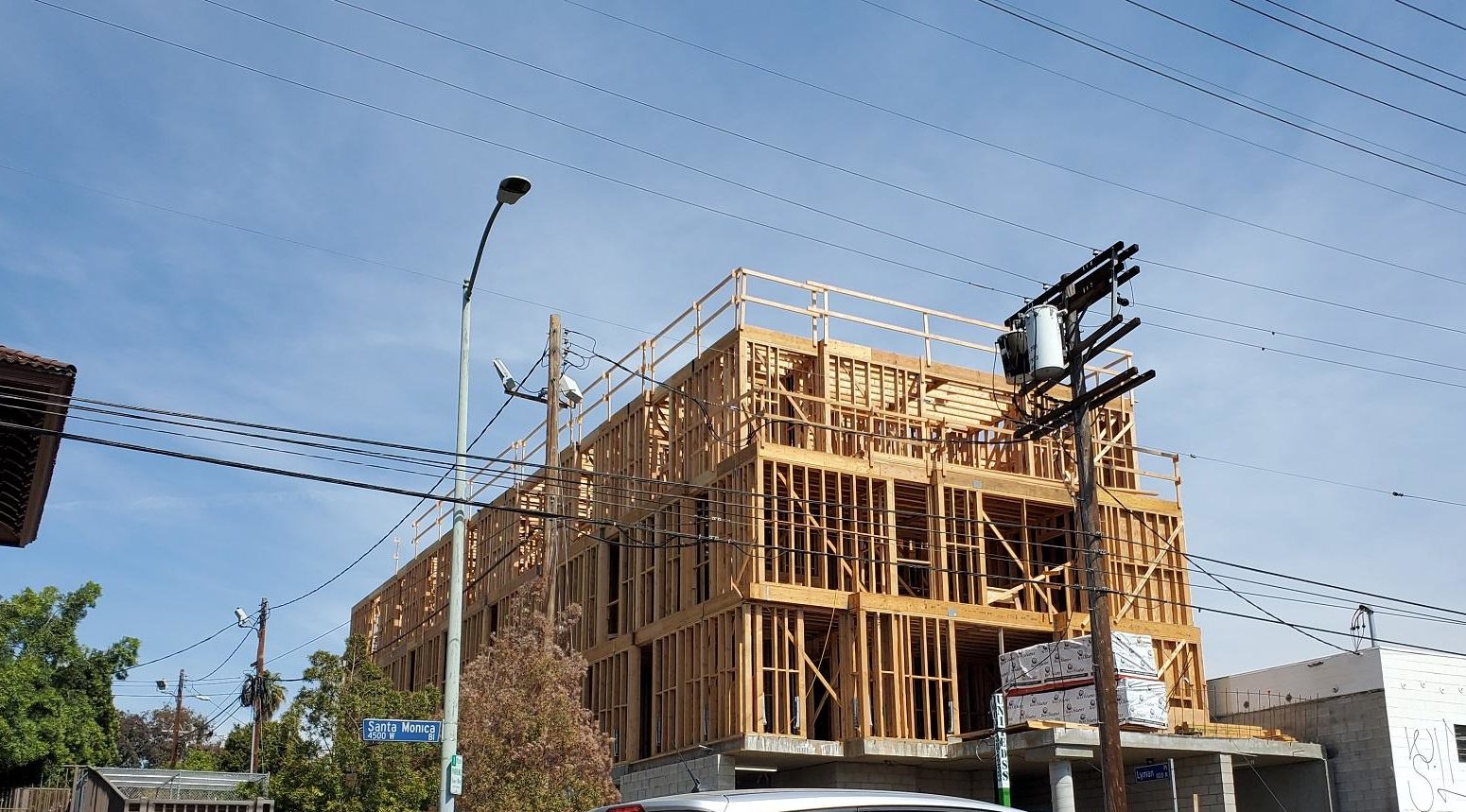