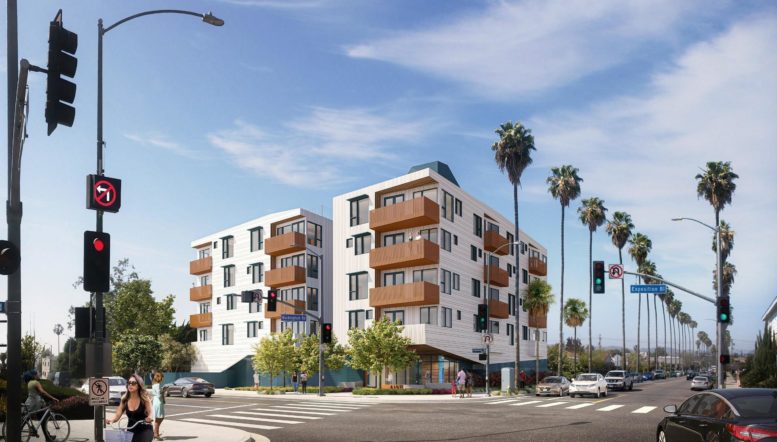 Abington Emerson Investments is the project developer. Ottinger Architects is designing the building.

The project proposal seeks approvals for a new five-story, 36-unit apartment building. The project, which would replace 10 residential units at the intersection of Exposition and Buckingham Road, is also slated to include parking for 28 vehicles.

Requested entitlements for the project include Transit Oriented Communities incentives allowing for a larger, denser apartment building than would otherwise be allowed by zoning rules. In exchange, seven new apartments will be set aside for rent by low-, very low-, and extremely low-income households, offsetting existing affordable housing that would be demolished.

The project application has been submitted and the estimated construction timeline has not been announced yet. The project site sits midway between Metro’s Exposition/Crenshaw and Farmdale Stations.

Be the first to comment on "Apartments Planned At 4101 Exposition Boulevard, West Adams, Los Angeles"