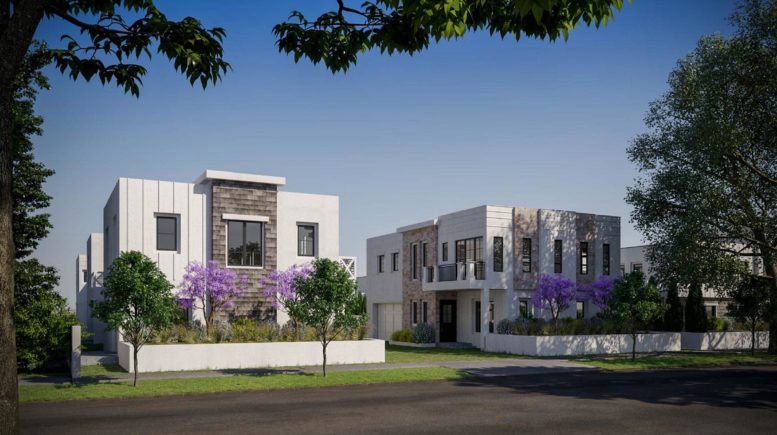 A small lot subdivision has been planned at 20012 West Chase Street in Winnetka. The project proposal includes the construction of five townhomes on the site. The project calls for the demolition of a single-family home on the site which was built in the 1920s.

The project site is a parcel spanning an area of 0.46 acres. Plans call for replacing the existing two-bedroom home with up to five townhome-style dwellings. The new hoAmes would be approximately 2,100 square feet in size, and feature three bedrooms above a two-car garage.

Renderings showcase a contemporary look and an exterior of painted plaster, fiber cement boards, cedar wood siding, and brick. A similar small lot development with nine homes is currently under construction on a neighboring site to the west along Chase Street.

An application was submitted last year to the Los Angeles Department of City Planning. The estimated construction timeline has not been announced yet.