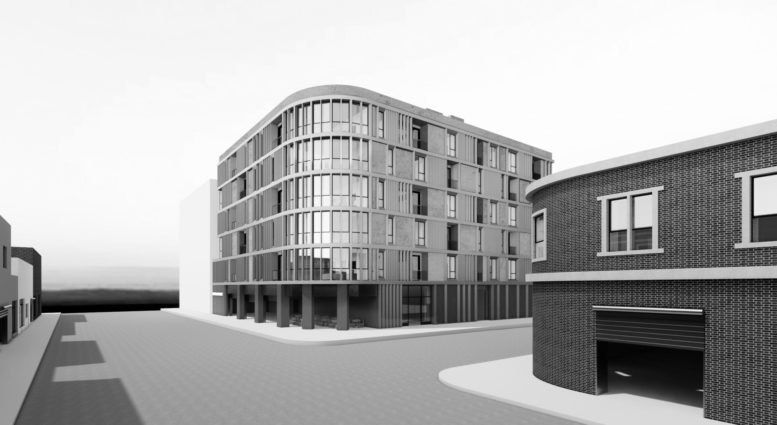 Tiao Properties is the project developer. Bittoni Architects is designing the project.

Plans call for 50 apartments and ground-floor retail space to be constructed in a six-story building. The residences will be designed as a mix of studios, one-bedroom, two-bedroom, three-bedroom, and four-bedroom apartments. Retail space spanning an area of 3,862 square feet will be developed on the ground floor. Semi-subterranean parking for 39 vehicles will be provided on the site.

Tiao has requested entitlements for the project including Transit Oriented Communities incentives to allow a larger, denser development than would otherwise be permitted by zoning rules. In exchange for the bonuses, five of the proposed apartments would be set aside as affordable housing at the extremely low-income level.

The mixed-use will rise at the intersection of Cesar E. Chavez Avenue and Chicago Street. The project has been submitted to the Planning Commission for a design review. The estimated construction timeline has not been announced yet.

Be the first to comment on "Renderings Revealed For Mixed-Use At 2115 Cesar Chavez Avenue, Boyle Heights, Los Angeles"