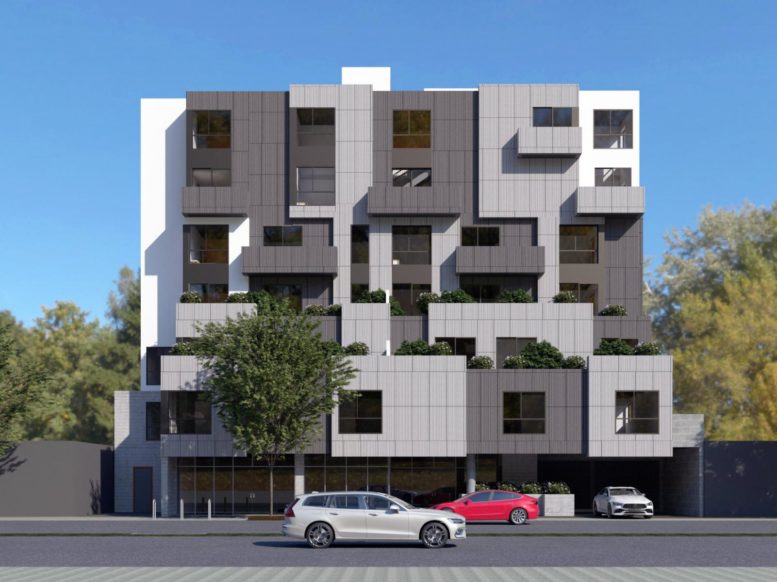 A new mixed-use project has been proposed for development at 1136 North Vermont Avenue in East Hollywood, Los Angeles. The project proposal includes the construction of 65 apartments and retail space . A pair of 1940s commercial buildings will be demolished for the project to proceed.

Hollywood Vermont Residences, LLC is the project applicant. The Albert Group Architects is responsible for the designs. 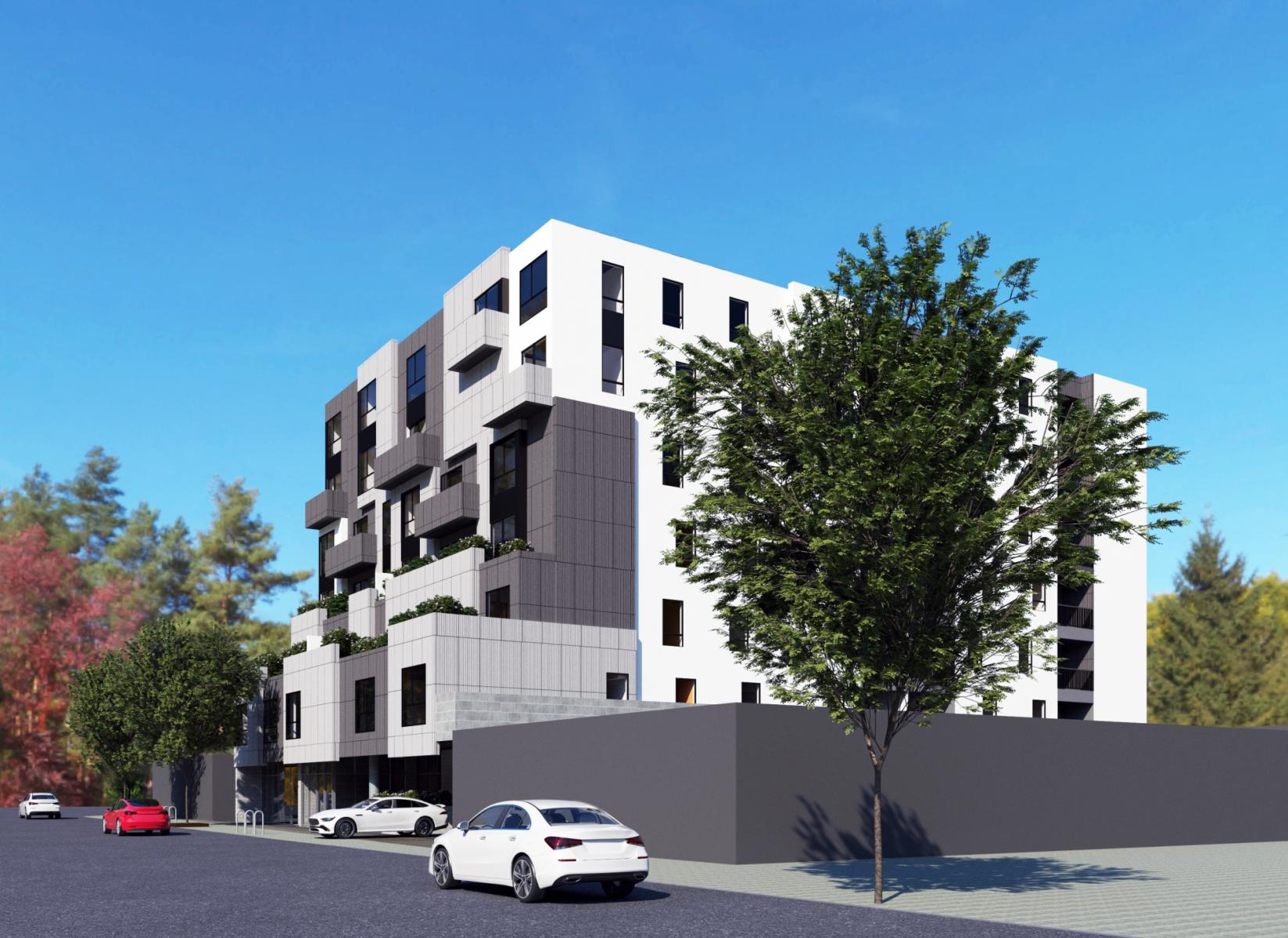 An application was submitted late last year with the Los Angeles Department of City Planning seeking entitlements for the construction of the project. Plans call for razing the two existing building, as well as an adjacent parking area, clearing the way for the construction of a new seven-story edifice which would feature 65 studios, one-bedroom, and two-bedroom apartments above approximately 2,100 square feet of ground-level commercial space and parking for 43 vehicles.

Requested entitlements include Transit Oriented Communities incentives, allowing more height, density, and floor area than typically permitted by zoning rules. In exchange, eight of the new apartments would be set aside for rent as extremely low-income affordable housing. 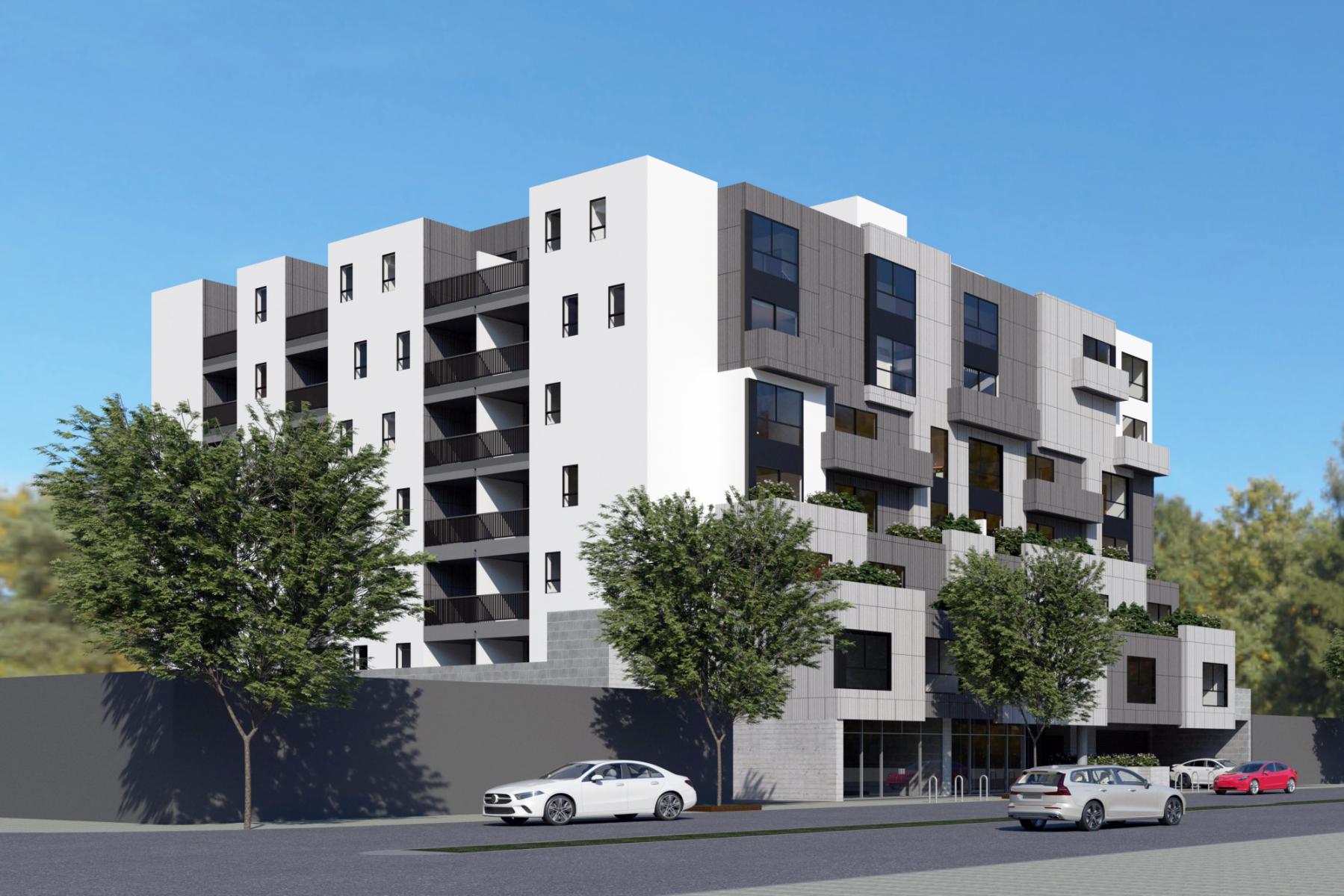 Renderings reveal a contemporary podium-type building with an articulated façade of plaster, cement, and metal. Architectural plans show a small amenity deck located at the rooftop of the apartment complex. The project site is located one block north of the Vermont/Santa Monica subway station. The estimated construction timeline has not been announced yet.

Be the first to comment on "Mixed-Use Planned At 1136 North Vermont Avenue, East Hollywood, Los Angeles"