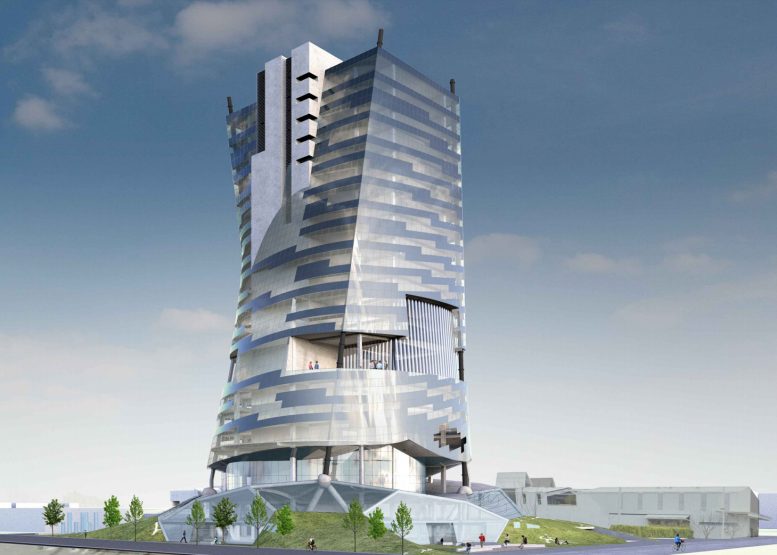 5850 West Jefferson Boulevard has been approved by the city, and is expected to break ground this year in Baldwin Hills. Samitaur is the development firm behind the building. The team is also behind (W)rapper, currently under construction a short distance away, in the rapidly developing neighborhood. 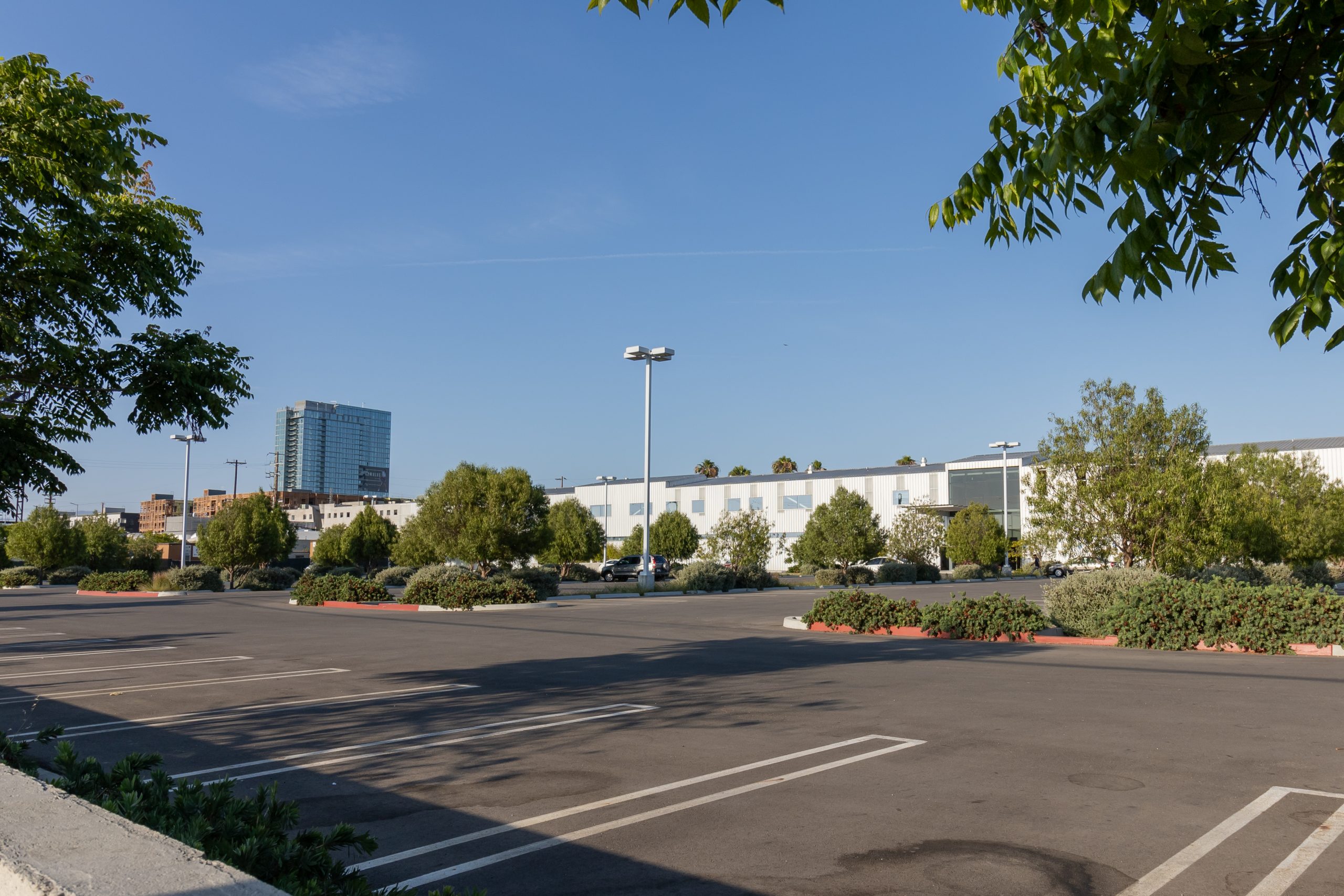 The site is 4.5 acres, with a 49,900 square foot office building that will not be demolished, and a surface parking lot. Plans propose offices that will be 22 stories tall, reaching 320 feet in total. The inside space will have 394,800 square feet of floor area. 100,054 square feet of open space will surround the circular structure, including a mixture of trees, paths, and green landscape. Seating, gathering, and pedestrian paths will lead to a park venue that will surround the building and roof. 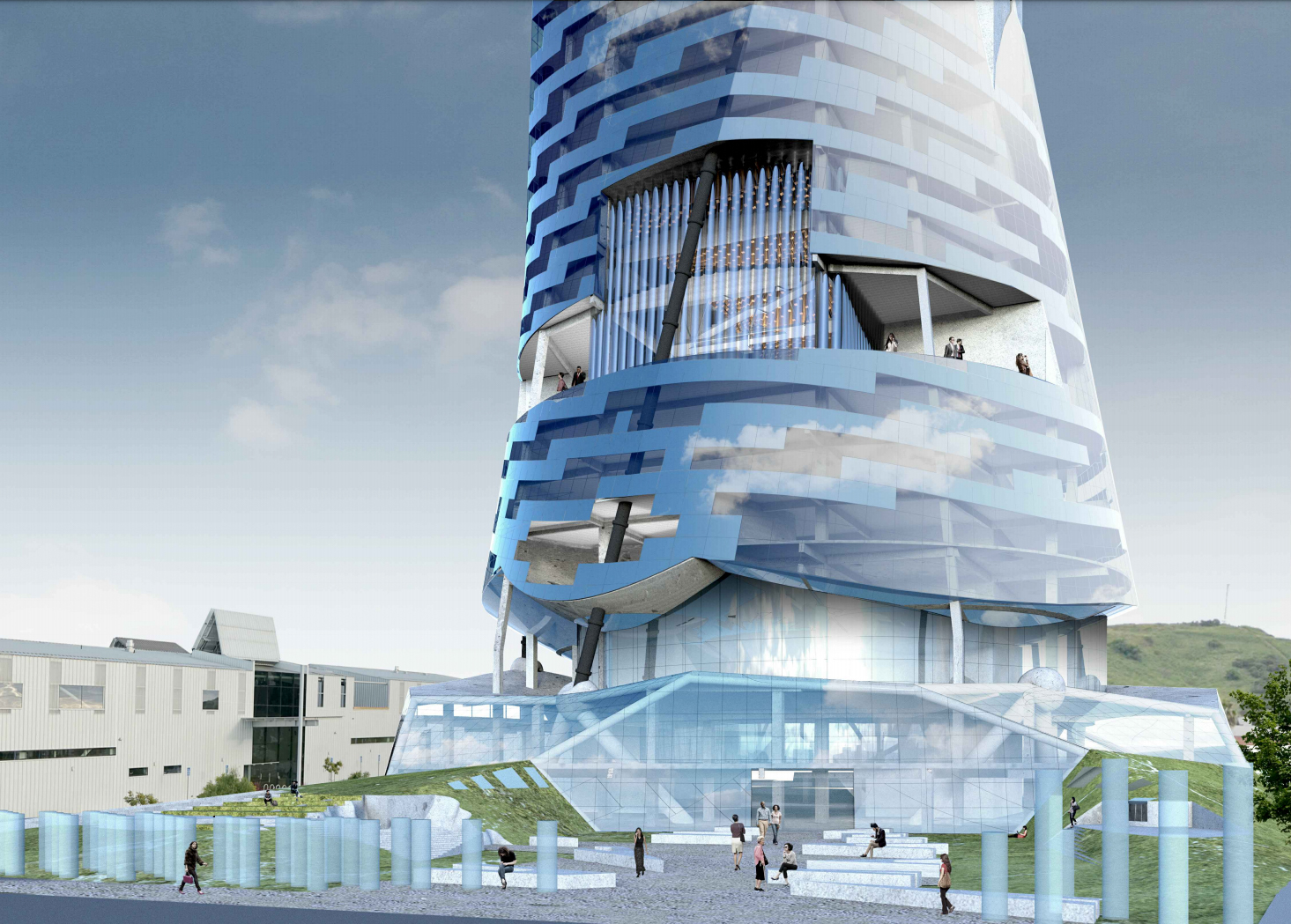 Parking will be available in four subterranean levels. There will be 908 automobile spaces and 104 bicycle spaces. The Los Angeles Metro bus lines 28, 105, 217 and Metro Rapid bus line 705 and the La Cienega/ Jefferson Metro Light Rail station are less than half a mile away, at the intersection of La Cienega Boulevard and Jefferson Boulevard. 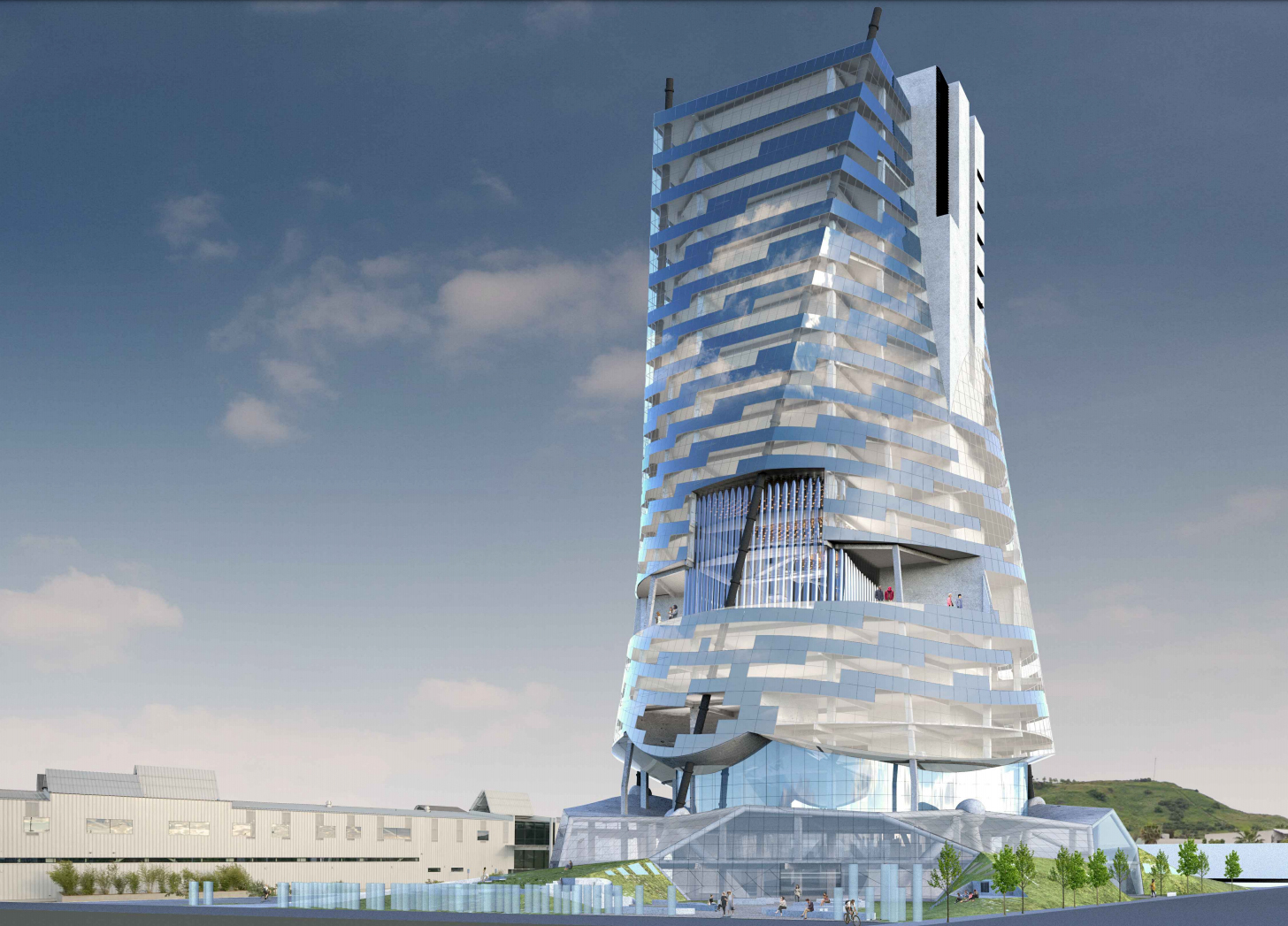 Eric Own Moss Architect (EOMA) is behind the design. It includes 15% of the available rooftop space set aside for the installation of a solar green roof, located at grade. Tenants can expect to move in starting in 2023. 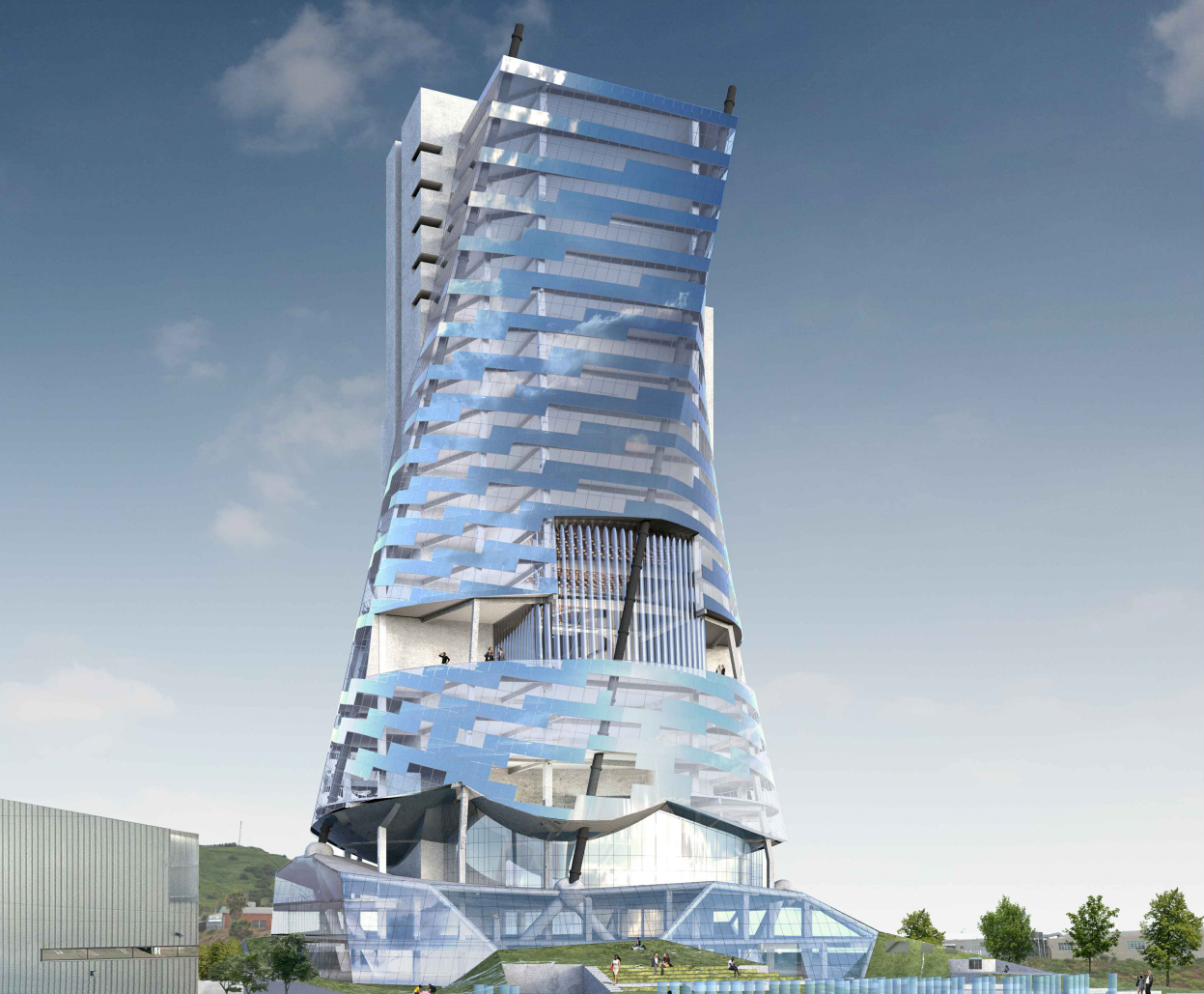