Framing is rising at 2200 East Main Street, in Ventura. The project, by Anastasi Development Company, will bring new townhomes and some commercial space to the area. Scott Anastasi Realty is also facilitating the transactions associated with the property. 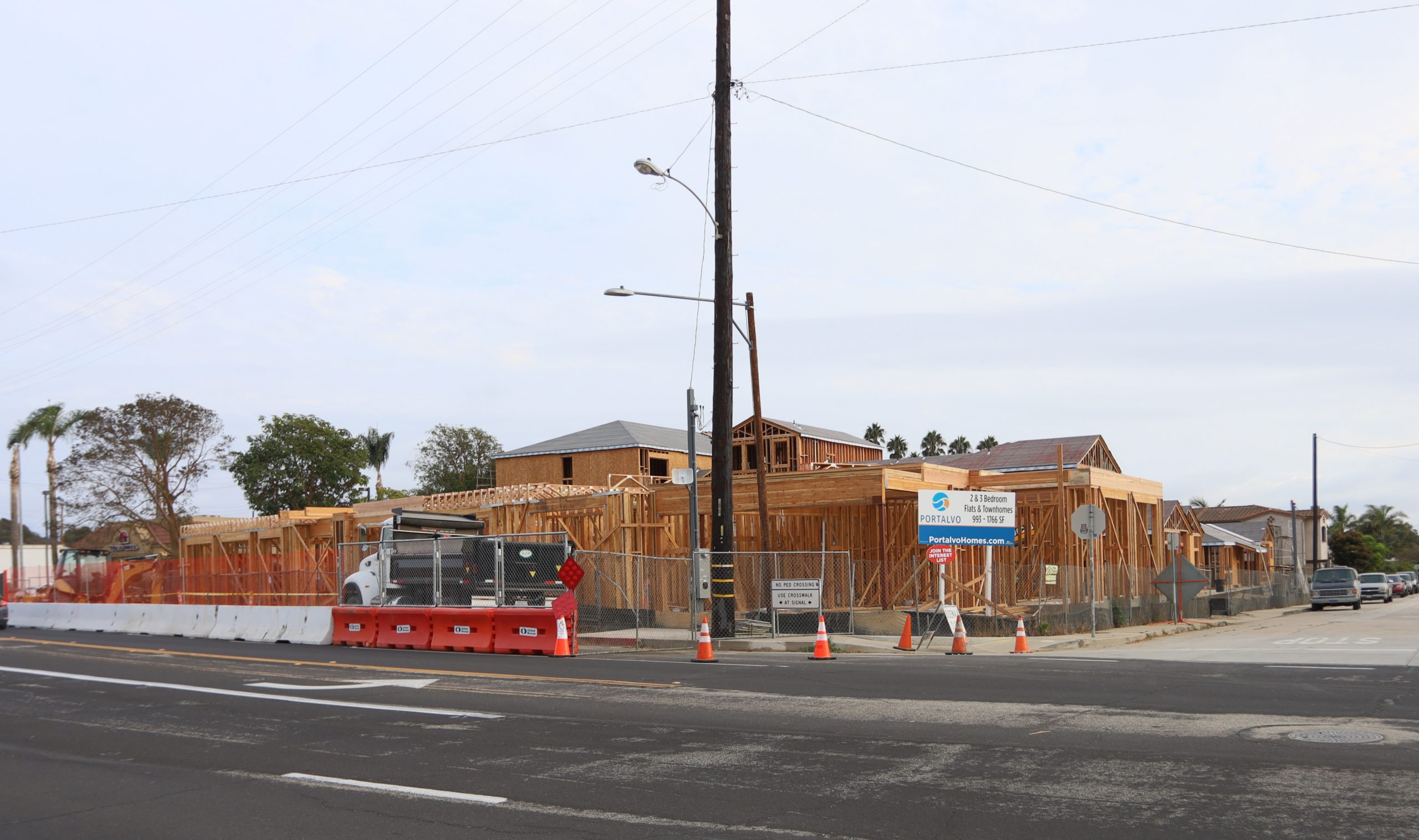 The site is .78 acres. It last sold in 2014 for $1,200,000. The median sales price for Midtown Ventura is $957,650. The project will be a mixed use construction. It has been titled Portalvo Homes, according to signage posted on the site. Previous city records refer to the project as Anastasi on Main. 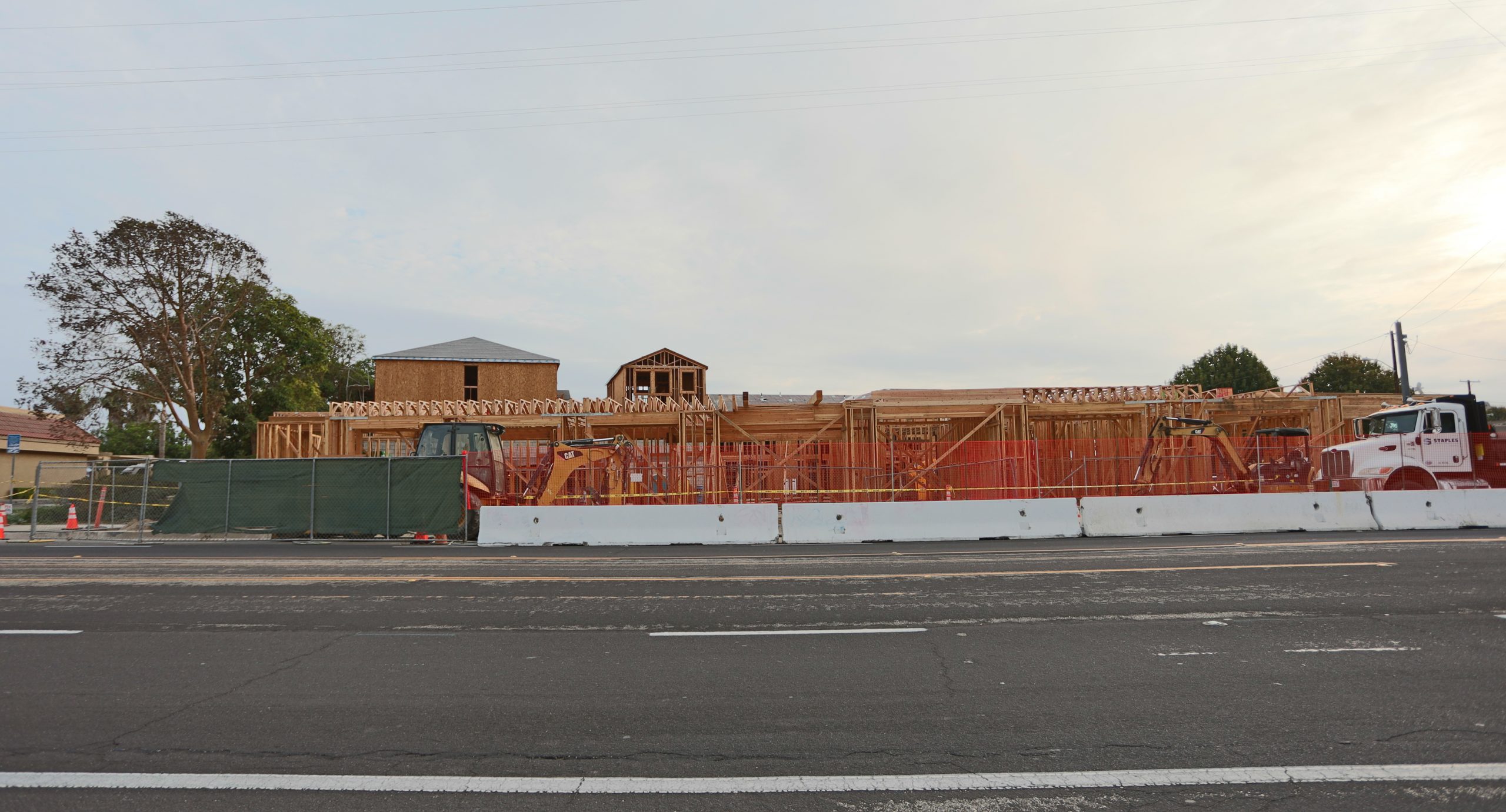 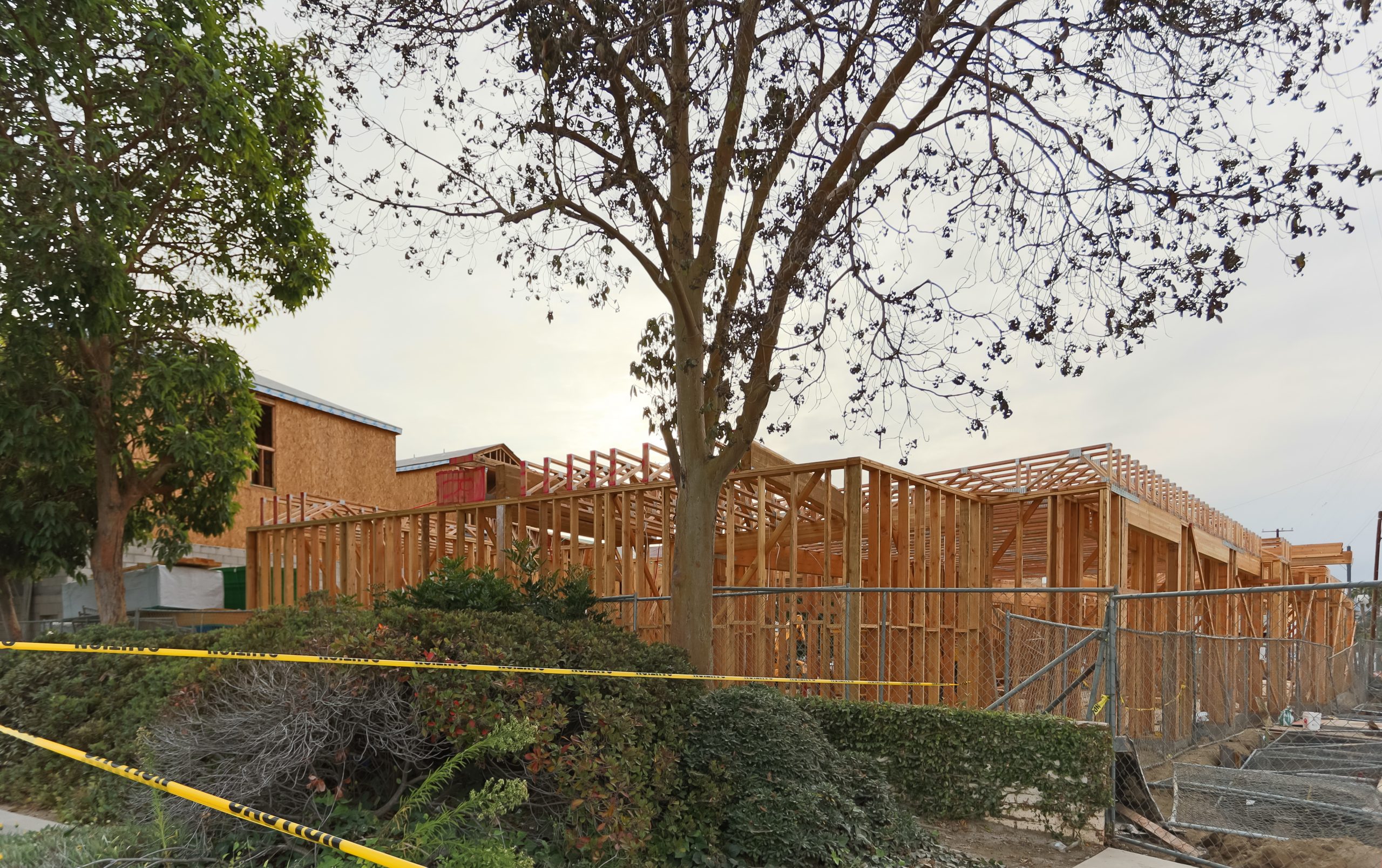 The site will reach three stories high. 3,900 square feet of commercial space is included in the plans, which were filed in June of 2014, and approved in August of 2014. A rendering depicts a contemporary design, with balconies on the second and third floors.

1 Comment on "Framing Rising at 2200 East Main Street, in Ventura"

Homes Proposed for Fifth Street and Portofino Place, in Oxnard